A New Jersey man is facing charges after police say he broke into homes as female residents slept and stole several items, including undergarments. Investigators believe there may be more victims.

GLASSBORO, N.J. - Police have arrested a man they say burglarized two Glassboro homes in incidents where residents were still inside.

Jorge L. Navaheredia, 28, is facing multiple charges in connection with the incidents including burglary, criminal trespassing, theft, and harassment.

The first incident occurred inside a home on North Main Street around 5 a.m. March 9. Glassboro police say they received a call from a woman reporting that she woke up to find an unknown man in her bedroom.

Police say the woman confronted the man, later identified by police as Navaheredia, and he fled from the home. A short time later, she told police that she heard someone downstairs in her kitchen. She went downstairs to find that Navaheredia has reentered the home, according to police.

After he fled again, police say the residents reported money and other personal items, like clothing and shoes, missing from their home.

Surveillance video of the incident showed the suspect entering the home several times over a 45-minute period, investigators say. 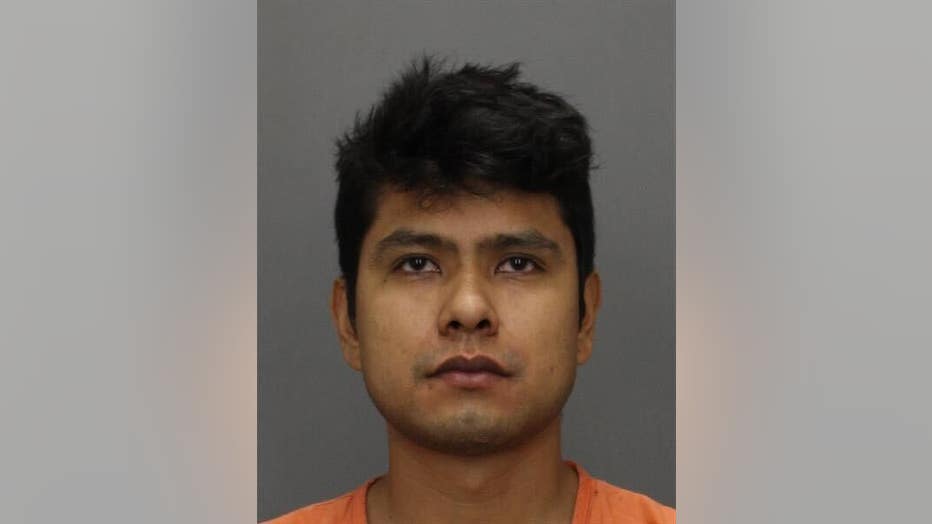 The second incident occurred on March 19, when Glassboro officers were dispatched to another residence for a report of a burglary.

Police say the woman inside the home called police after hearing someone inside her home, and she later came face to face with him as he stood in her bathroom doorway. The suspect, later identified as Navaheredia, walked away and the woman and her roommate locked themselves in their bedrooms.

When she contacted 911, she informed police that she could still hear Navaheredia inside her home.

Police arrived and found Navaheredia hiding in a kitchen cabinet under the sink. He was taken into custody, and police say they observed several female undergarments in the cabinet where he was found.

A vehicle belonging to Navaheredia was parked outside of the home and additional female undergarments and several pieces of mail from the victim’s home.

Authorities say they obtained a search warrant and conducted further searches of the vehicle, which uncovered several more undergarments and other items taken during both burglaries.

The investigation is ongoing and police say they believe there may be more victims. Anyone with information about the incidents or any possible additional incidents is asked to contact police.