HUNTING PARK - Police say a woman was robbed at gunpoint by two unknown men while standing outside a restaurant in Hunting Park Wednesday morning.

According to investigators, two black men were pacing the 4500 block of North 5th Street around 7 a.m. Minutes later the men allegedly robbed a woman standing outside the Tierra Colombiana restaurant.

Video surveillance footage released by police shows one suspect hold the victim at gunpoint, while the other tears the woman's purse off her shoulder. The pair fled the area northbound on 5th Street. 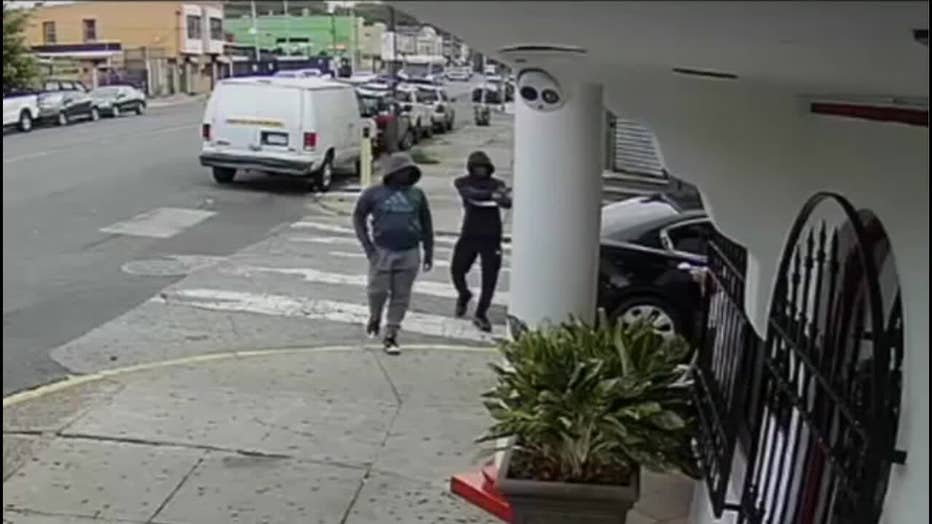 "She came into the restaurant, she was scared. She was telling us what's going on," Tierra Colombia owner Oswaldo Galindo said.

The victim told Tierra Colombiana employees she believed the men were preparing to enter the restaurant to rob customers.

Coincidentally, Galindo had just hired a morning security guard for the first time in the restaurant's 25 years on North 5th Street. 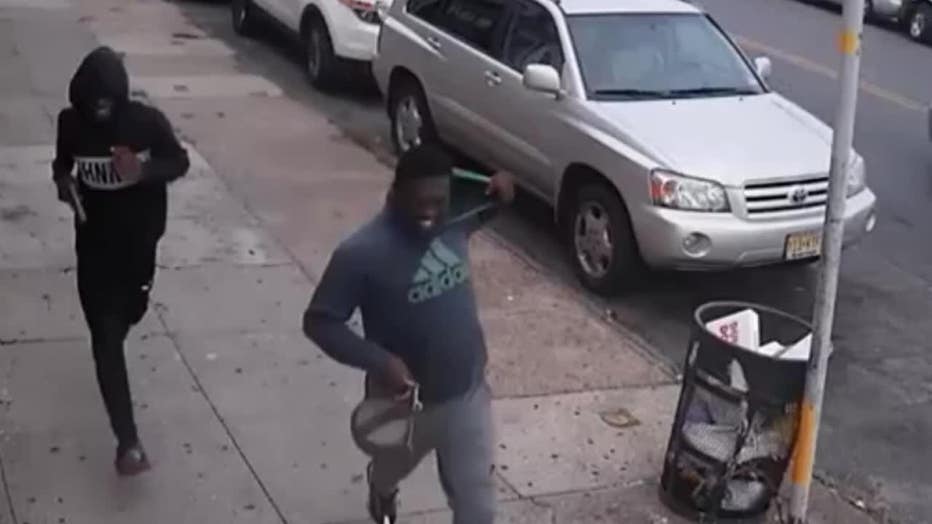 "We work for money, we work for people, we work for the community, but after you feel threatened for your life it changes your mindset," Galindo said.

Police are asking anyone with information about the suspect's whereabouts to contact authorities.