FOX 29's Lauren Johnson has the latest on Tracey Davis, a 29-year-old woman sought by police for allegedly setting fire to an Upper Darby home after she was evicted.

UPPER DARBY, Pa. - Upper Darby police say a woman was out of revenge when she set an Upper Darby house on fire after being evicted.

Janet Westscott was still on edge Monday night after a fire roared through the home next door early Sunday morning. Police say the smokey blaze was set by 20-year-old Tracey Davis who investigators believe was recently evicted from the home.

"I was scared to death. I thought I was gonna go up, too," Westscott told FOX 29.

"This lady didn't care for life or property. She was out for revenge, she was out for vengeance and she played the role out," Upper Darby Police Superintendent Michael Chitwood said. 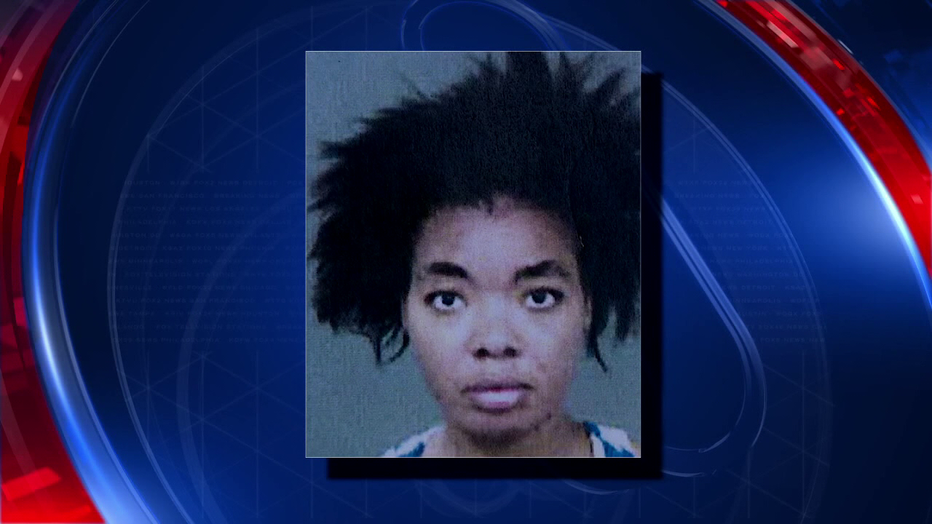 It happened just after midnight as people were sleeping in the unit block of North Keystone Avenue that's when investigators say Davis was seen near the home. Minutes later smoke was pouring from the second-floor front bedroom that was engulfed in flames.

Police say a short time before or after the fire started, Davis called the owner of the home who had tossed her out several months ago.

"Tracey said to him, 'I told you I would come back and get ya. I just lit the place up,' " Chitwood said.

The fire caused Westscott and half a dozen neighbors to be evacuated along with three occupants of the targeted home.

Detectives now have a warrant for Davis on arson and risking a catastrophe charges. The superintendent says he also has physical evidence that's also being analyzed.

"It turns out it looks like a pile of clothing was set on fire in the middle floor. We found a rag with some type of accelerant on it," Chitwood said.

Davis' last known address is in Philadelphia. Upper Darby police have notified law enforcement officials throughout the area about their outstanding warrant. Anyone with information on Davis' whereabouts can call Upper Darby police at 610-734-7693.