A British man living in Poland has opened his home to fleeing Ukrainians amid a worsening Russian invasion. The United Nations said Thursday that 1 million people have now fled Ukraine since Russia’s invasion less than a week ago, an exodus without precedent in this century for its speed.

WARSAW - The ongoing war in Ukraine has led to one of the largest humanitarian crises in a century, with many fleeing Ukrainians searching for refuge in neighboring countries.

The United Nations said Thursday that 1 million people have now fled Ukraine since Russia’s invasion less than a week ago, an exodus without precedent in this century for its speed.

The tally from the U.N. High Commissioner for Refugees amounts to more than 2% of Ukraine’s population — which the World Bank counted at 44 million at the end of 2020 — on the move across borders in just seven days. The agency cautions that the outflows are far from finished: It has predicted that as many as 4 million people could eventually leave Ukraine, and even that projection could be revised upward.

Patrick Ney, a British-born Polish national said he has been taking refugees into his home and others around the country are doing the same. 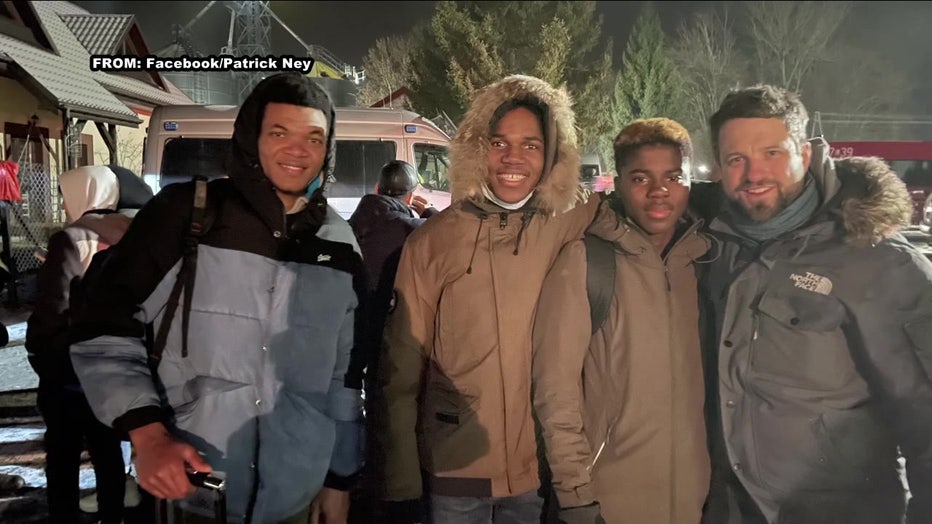 Patrick Ney, a British-born Polish national said he has been taking refugees into his home and others around the country are doing the same.

"When they've turned up at my place, they've been so exhausted, they can hardly talk," said Ney, who spoke to FOX 29's Chris O'Connell from his home in Warsaw around midnight.

Ney had just taken in three Ukrainian refugees off the street who traveled an estimated 30 hours to seek shelter.

"We don't know each other. We've never met each other before. I really have no idea who they are. But they're welcome in my home," Ney said.

Poland and its neighbors are familiar with war-torn strife from the scars of World War II and Ney believes it's what has inspired so many people to offer help.

A Ukraine-born Montgomery County couple is heading to Ukraine to join the fight against the Russian invasion. "It's our land and our country and we have to protect it," the couple said.

"This is the darkest of times, there are always rays of light, and I see in the actions of the Polish people and many other countries as well, including Hungary and Romania, European countries, people from as far away as America's. I see a ray of light, and that light's hope, it's a democracy, it's truth, and it's love."

The day-by-day figures pointed to the dizzying speed of the evacuation: After more than 82,000 people left on the first day of the Russian invasion on Feb. 24, each day after that tallied at least 117,000 new refugees, hitting a peak of nearly 200,000 on Tuesday alone, based on the latest UNHCR count. Some longtime staffers accustomed to dealing with refugee crises said they'd never seen anything like this exodus.