PORT RICHMOND - Authorities are investigating after a pair of porch pirates brazenly swiped two packages from the front step of a man's home in Port Richmond.

David Probasco, who lives on East Somerset Street, caught two men on security camera pulling up to his home in a Mercedes SUV with a mismatched gas cap and a spare tire. After rearranging some things in their trunk, the porch pirates load Probasco's packages into their car and drive off. 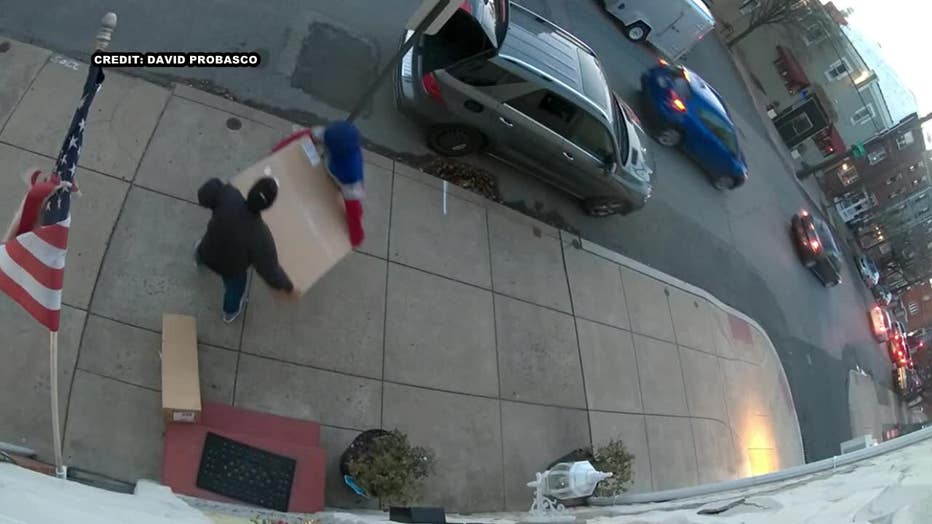 Probasco went to police who initially told him that even with great footage, it was unlikely that they would catch the porch pirates.

"It's frustrating especially when you have such clean evidence," Probasco said.

Probasco posted the snapshots of the video to a neighborhood Facebook page. Members of the group responded with pictures of the same Mercedes SUV parked about a mile away on Kensington Avenue.

Police now say they have a new lead in the investigation that could lead to a resolution.

"It sounds like there's some action being taken," Probasco said.

Meanwhile, Probasco will think twice before placing his online orders.

"We should probably think about another place to get our packages shipped," Probasco said.