Police believe a homeless man allegedly punched a pregnant woman in the face and pushed her when she wouldn't give up her seat on a SEPTA bus early Sunday morning.

PHILADELPHIA - Authorities believe a homeless man assaulted a pregnant woman aboard a SEPTA bus when she would not give up her seat early Sunday morning in Center City.

According to SEPTA police, the assaulted happened on a Market-Frankford Line Night Owl bus around 1:45 a.m. The suspect, who police later found, allegedly struck the woman in the face and pushed her into a metal pole.

The suspect also allegedly threatened to follow the woman and beat her up. She was taken to Jefferson University Hospital for treatment of non-life-threatening injuries, according to police. 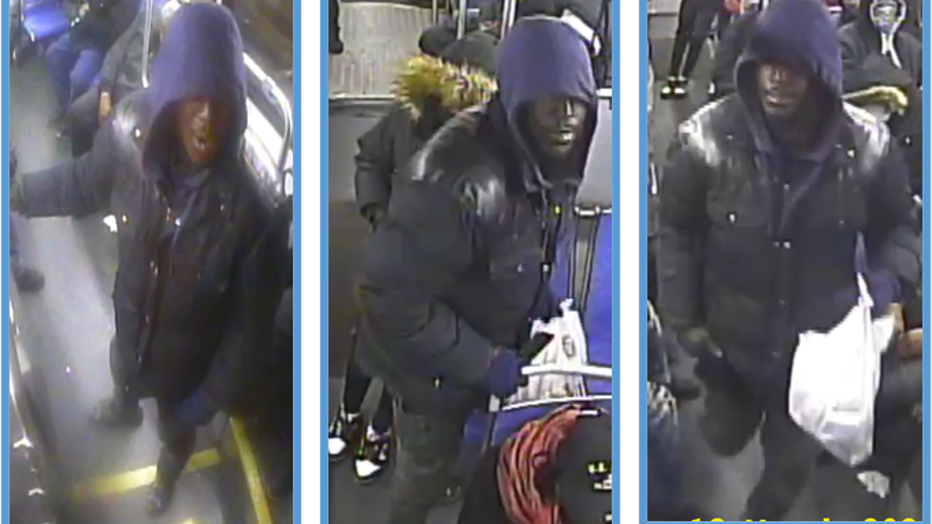 SEPTA police is looking for this man who is accused of punching a pregnant woman on a bus on Sunday morning.

The bus driver immediately stopped and called police, investigators said the suspect got off the bus and was later found by police on Kensington Avenue and H Street. He was identified by police as homeless.

SEPTA Police said they submitted the case to the Philadelphia District Attorney's Office to obtain an arrest warrant, and the request was approved.

This is the second incident involving the assault of a pregnant woman on the SEPTA in the last six months.