Philadelphia police is offering a $20,000 reward for information on the suspects who police say shot and killed a man in Hunting Park in early March.

PHILADELPHIA - The Philadelphia Police Department is offering $20,000 for information on the fatal shooting of a man in Hunting Park in early March.

On March 2, officers responded to the 1100 block of W. Hunting Park after receiving 911 calls about gunshots, police say.

According to authorities, officers found a 55-year-old man unconscious in the driver's seat of a gray 1999 Mercedes Sedan.

Police say he was shot two times in the neck and one time in the arm.

He was transported to Temple Hospital, where he was pronounced dead at 4:40 a.m., according to investigators.

Philadelphia police released surveillance video of the alleged offenders they are searching for. 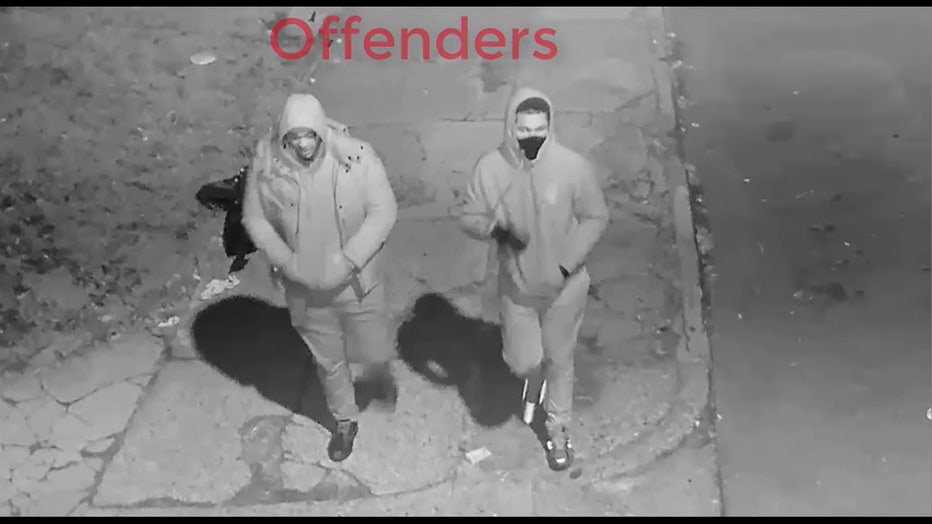 Philadelphia police are searching for two offenders they believe are responsible for the shooting death of a man in Hunting Park on March 2.

According to authorities, only one of the offenders fired the shots that killed the victim.

Anyone with information is urged to call police at 215-686-8477 or leave an anonymous tip here.