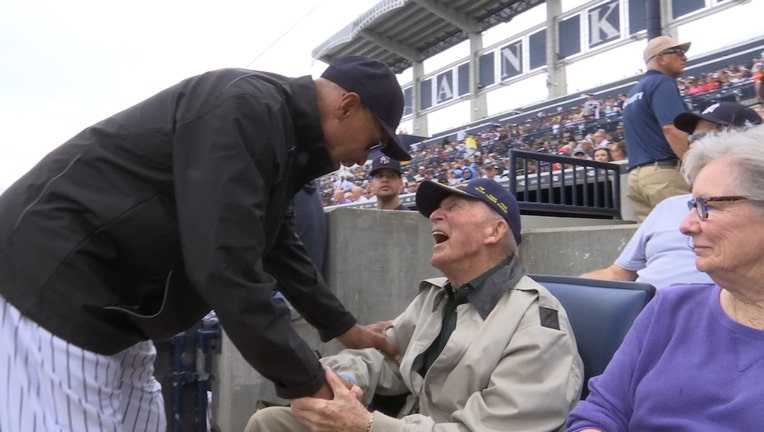 TAMPA, Fla. - It's not every day you see a member of the Greatest Generation chatting with one of the Yankees' greatest. But it's safe to say, Reggie Jackson, AKA Mr. October, was the more starstruck one of the pair.

On Wednesday, retired naval aviator Jack Sullivan was at Steinbrenner Field in Tampa, set to be honored for his service during the Yankees spring training game. The honor was intended to happen during the seventh inning, but the game was rained out by the fifth.

“I’m just one of those fellows that loved it right from the very beginning, and I got to be very good at it," he said.

Reggie Jackson, WWII veteran bond over the best of America

Sullivan, call sign “Sully,” taught combat maneuvers in the 1940s, then flew combat missions himself in Korea. He said those memories are as fresh as yesterday.

“I’m the last fellow in my squadron alive and you start thinking about them when people talk about it," he said. "It starts to hit the nerve, I guess.” 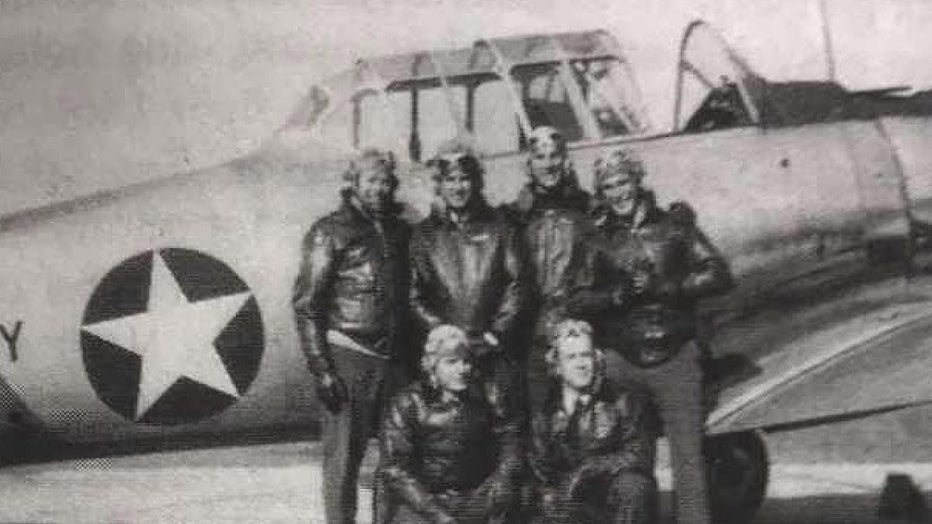 He survived three of the greatest conflicts of the 20th Century and said he’d do it again in a heartbeat.

“I would serve in four if they asked me to,” Sullivan explained. “My father was in World War I, he was an observer. He followed my every move. He made me an American. And nothing has ever dwindled that.” 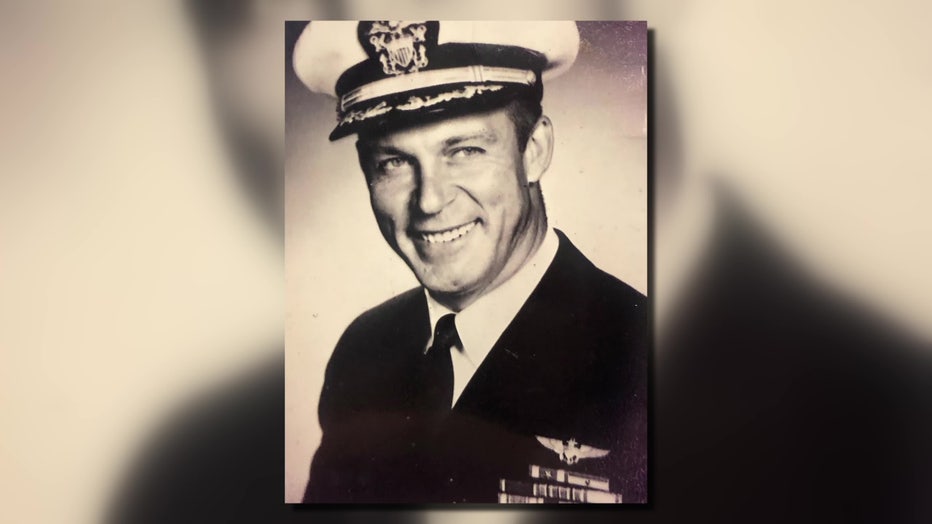