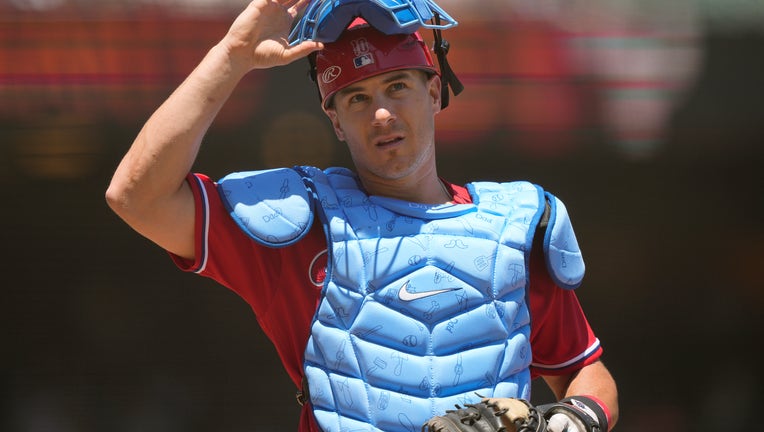 SAN FRANCISCO, CALIFORNIA - JUNE 20: J.T. Realmuto #10 of the Philadelphia Phillies looks on from his position against the San Francisco Giants in the bottom of the first inning at Oracle Park on June 20, 2021 in San Francisco, California. (Photo by

Molina was elected on the players' ballot and filled the spot vacated when Posey was put on the injured list Friday, five days after his left thumb was bruised by a foul tip.

Altuve said he needed time off to deal with unspecified issues with his left leg, and Correa said he wanted to spend time with wife Daniella, who is pregnant with the couple’s first child.

New York Mets pitcher Jacob deGrom also said he was withdrawing from the All-Star Game, wanting to rest for the second half. DeGrom, who has a 1.08 ERA, was bothered in the first half by discomfort in his right lat muscle, tightness in his right side and flexor tendinitis in his right arm.

San Francisco's Kevin Gausman and Mikwaukee's Brandon Woodruff remain active for the game but are scheduled for starts for their teams on Sunday.

Houston reliever Ryan Pressly will miss the game because of paternity leave.

Anderson, Bassitt, Peralta, Walker and Wendle raise the total to 39 first-time All-Stars, matching 2013 for the high.