200 fishermen rescued from floating chunk of ice in northern Minnesota

(FOX 9) - Law enforcement responded to the scene of people trapped on a large chunk of ice that had broken free on Upper Red Lake in northern Minnesota on Monday.

According to the Beltrami County Sheriff’s Office, at approximately 11:34 a.m. a 911 call was received from people who were fishing on Upper Red Lake in northern Beltrami County.

According to police, the callers said that a large chunk of ice broke free from the main shoreline, stranding them with up to 30 yards of open water. 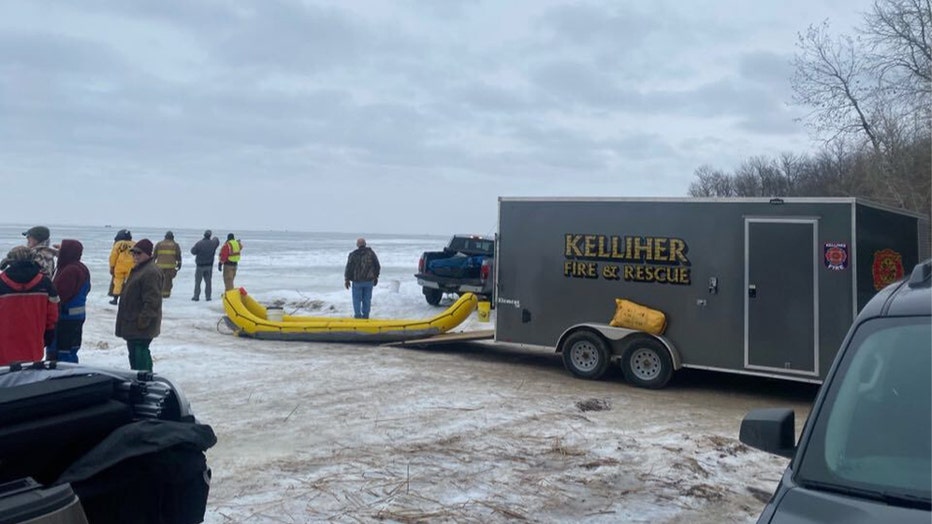 Part of the rescue efforts on Upper Red Lake Monday. (Photo from Kelliher Fire and Rescue)

After assessing the extent of the open water with visual and drone operations, a narrow spot of the separation was found, and a temporary bridge was deployed to evacuate the stranded fishermen, according to an updated police announcement.

First responders assisted the safe evacuation of dozens of individuals, and at 2:37pm it was determined that everyone requiring evacuation from the ice had been reached and emergency responders cleared the scene.

In total, an estimated 200 individuals were evacuated from the ice.