Rodney Square in Wilmington, Delaware is getting a $7 million makeover in hopes of attracting more people, jobs and businesses.&nbsp;FOX 29's Joyce Evans reports.

WILMINGTON, Del. - Rodney Square in Wilmington, Delaware is getting a $7 million makeover in hopes of attracting more people, jobs and businesses.

The historic Rodney Square used to be a highly sought after gathering place for campaigning presidents and entertainment legends.

"Maybe a decade or so it's starting to fall apart and wasn't maintained. It took maintenance, dollars out of the budget. Before you know it, looks like a place that no one is proud of." Wilmington Mayor Mike Purzycki said.

"We're working on projects in the neighborhoods and along the riverfront," Delaware Gov. John Carney said. 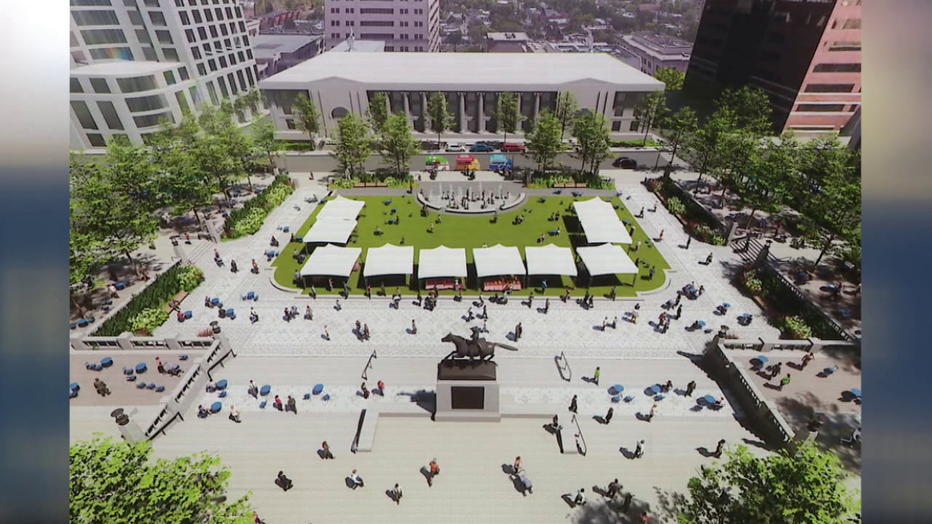 A series of artist renderings are on display around the square for all to see what's coming over the next year.

"We'll have a fountain we've never had before. It'll animate the square it opens up to the King Street side the way it was originally," Mayor Purzycki explained.

"I like the idea of them making everything beautiful and pretty, but you have to think about the people who live in the city," Wilmington resident Sharon James said.

James is one of the daily bus commuters she says is being forced out of Rodney Square now that a new transit center is being built near the Wilmington train station, which is just short of a mile south of Rodney Square.

"We heard people who had legitimate complaints and responded the best we can," Mayor Purzycki explained.