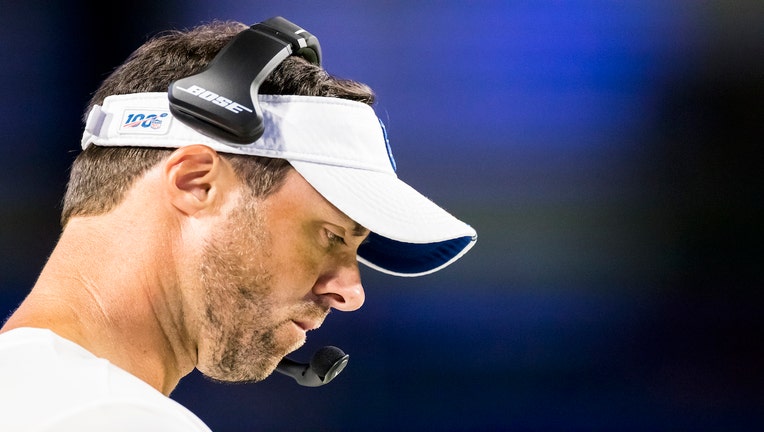 PHILADELPHIA - LAST YEAR: A last-place finish in the lowly NFC East got coach Doug Pederson fired despite three consecutive playoff appearances the previous three seasons, including the franchise’s first Super Bowl title. Carson Wentz had the worst season of his five-year career, got benched and was eventually traded to Indianapolis, forcing the Eagles to absorb a record-high $33.8 million cap hit.

CAMP NEEDS: Three-time Pro Bowl TE Zach Ertz expected a trade or release but remains on the team going into the final season of his contract. It’s uncertain whether he’ll stick around through training camp. Right guard Brandon Brooks and right tackle Lane Johnson are two of the best when healthy but they’re returning from injuries and are in their 30s. Second-year quarterback Jalen Hurts has to officially beat out Flacco for the starting job.

KEY CAMP COMPETITIONS: Andre Dillard, a 2019 first-round pick, missed last season due to injury. Jordan Mailata, an Australian rugby player who hadn’t played football before the Eagles selected him with a seventh-round pick in 2018, showed plenty of promise and versatility in 10 starts last year. It should be a close competition that comes down to the end of camp. Avonte Maddox, Scott and McPhearson are candidates for the second cornerback spot opposite Darius Slay and starting nickel cornerback is also up for grabs. Craig James, Michael Jacquet and Kevon Seymour are also in the mix.

EXPECTATIONS: Rookie head coach Nick Sirianni and a young staff lead a rebuilding club with low expectations. The Eagles have talented players who haven’t lived up to their potential yet and plenty of question marks throughout the roster. The biggest is whether Hurts can be the answer at quarterback. If not, GM Howie Roseman is armed with extra first-round picks in 2022 and could make a push for Deshaun Watson.