FOX 29's Lauren Dugan has the story after someone stole a Bucks County man's Santa suit.

PHILADELPHIA - For the last 25 years, Robert Piazza has dressed as Santa’s helper, visiting the boys and girls of Bucks County to spread some Christmas cheer.

But a couple of weeks ago, someone landed themselves on the naughty list after they stole the Santa suit right out of his car.

"They just saw a Christmas box, went inside to see what it was, and then it was gone," said Piazza. "My suit was gone. They even took the mints."

Shortly after Thanksgiving, Piazza made a Santa visit. Then he changed and ran some errands. But when he got home, he realized something was missing.

"I picked up the box. And you know how you are expecting something heavy? Well, I particularly threw it over my head because it wasn’t as heavy. I looked inside and I almost ended up on my own naughty list because I think I said a few words that are not appropriate for Santa to be saying."

That red velvet suit and white fur trim don’t come cheap.  Robert says he had to save up for years.

"The boots were saved for. I had a real holly embroidered belt. That was a $200 dollar belt because it was real leather," she explained. 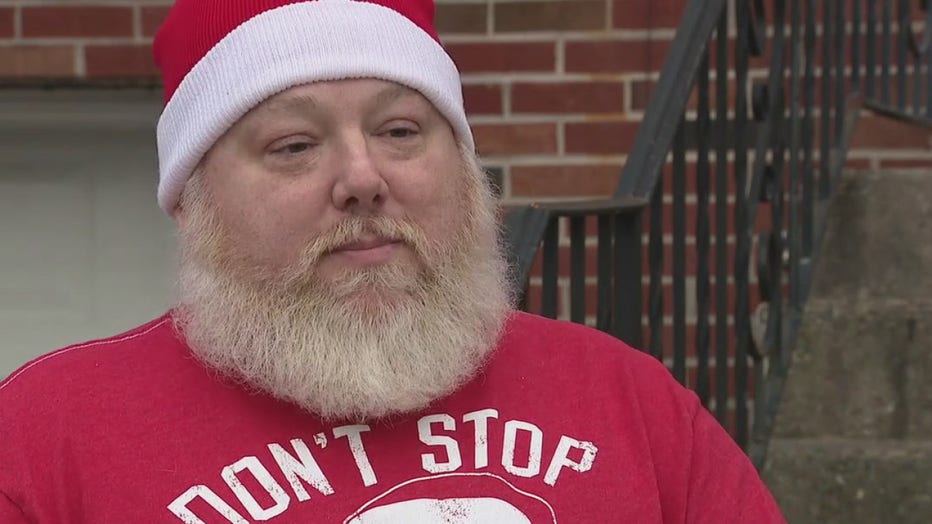 His friends came to the rescue, giving him pieces of their old Santa suits. YouTube crafter and family friend Ashely Kollmeier hosted a live auction for neighbors to rally around Robert and rack in the donations.

Robert broke out his new Santa suit Tuesday. But still, on his wish list, he wants the thief to return what was taken

"I would like mine back. I don’t care if you just drop it somewhere and leave me a note where to pick it up. I’m not even going to press charges. I don’t care. It’s just sentimental and I would like it back," he said.