Authorities said the suspect was a student at the school who allegedly carried out the deadly attack on his 16th birthday.

SANTA CLARITA, Calif. - Authorities said the suspect in a high school shooting in Southern California that left two teenagers dead and several others hurt was a student at the school and allegedly carried out the violent act on his 16th birthday.

Authorities responded around 7:45 a.m. local time Thursday to a shooting at Saugus High School in Santa Clarita, located about 35 miles northwest of downtown Los Angeles. Officers found several victims in the quad area of the school, and a total of six people were taken to area hospitals.

Among those transported to medical facilities was the shooter, identified as a 16-year-old male, according to Kent Wegener with the Los Angeles County Sheriff's Office. The suspect was identified through video surveillance at the school and first-hand witness accounts. 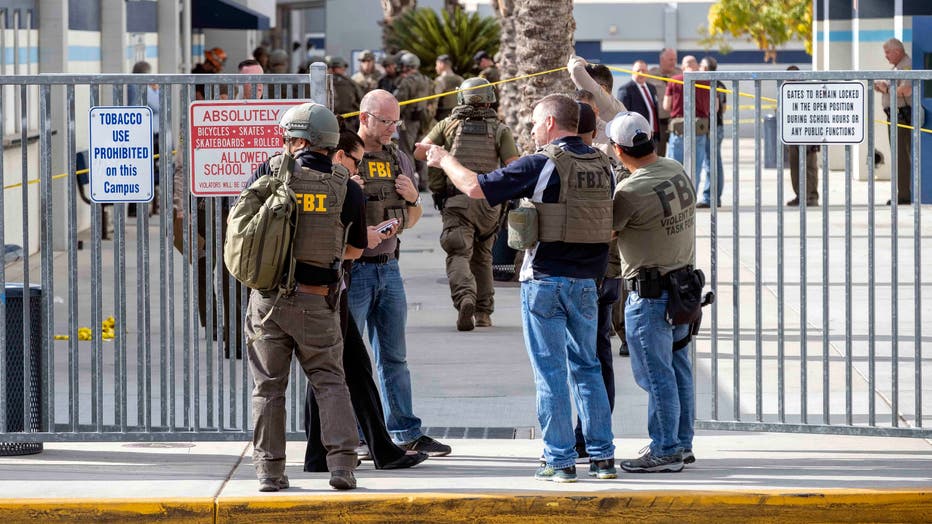 Law enforcement officials said surveillance video showed the teenage suspect allegedly pulling out a .45 caliber semi-automatic pistol and shooting five students on the campus before turning the gun on himself.

The suspect was taken to the hospital in “grave condition,” Wegener said. The pistol was recovered with no bullets left in it.

A Los Angeles County Sheriff's Department official on scene said a third student had died, but the department later tweeted a clarification that only two were deceased.

During a press conference, officials at the Henry Mayo Newhall Hospital said one of the victims was released from the hospital, while one remained in critical condition.

A football player at the school, named Maxwell, said he was studying when he heard shots ring out. He added that the suspect hadn’t been “acting like himself.”

“As far as I could tell from the recent days that I’ve seen him, he was looking kind of down and I guess just kind of depressed about something,” the student told FOX 11 Los Angeles. “I didn’t really ask him what it was that he was depressed about, but from what I could tell he was different. He wasn’t acting like himself.”

Maxwell added that the suspect posted a cryptic message on his Instagram account that read: “Have fun at school tomorrow, Saugus.”

“I didn't find out until my friend sent it to me,” Maxwell told FOX 11. “But knowing that now, I feel like people should have watched out for that.”

Authorities later provided an update on the investigation and said a search warrant was issued at the suspect's home.

Wegener also confirmed the suspect's message left on his Instagram account. Following the shooting, the message was removed, Wegener said. Authorities believe a "hacker or friendly" had access to the teenager's account and accessed it.

Authorities were researching when the message was posted and changed.

Wegener added that no motive nor link between the suspected gunman and victims have been identified.

Another student, named Alexa, told FOX 11 Los Angeles that she was near the office when she first heard the bullets.

“The first shot that we heard, it sounded like a balloon popping, but then afterward with the second and third shot, we all just ran,” Alexa told the station.

More than 2,300 students attend Saugus High School in grades 9-12, according to the school's website.