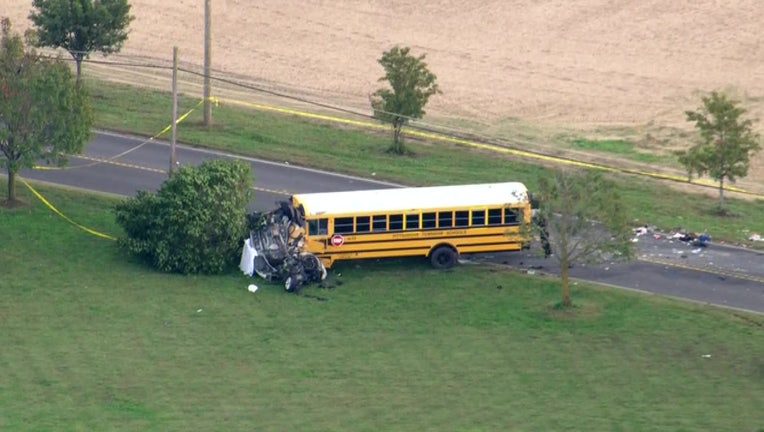 PITTSGROVE, N.J. - A school bus driver and another woman were killed in a violent head-on crash Friday afternoon in rural Salem County.

New Jersey State Police said the fatal crash happened on County Road 540 around 4 p.m. An International 30000 bus carrying 19 students from Olivet Elementary School was heading east when a Nissan Murano traveling in the opposite direction crossed the lane line and slammed into the bus.

The impact carried both vehicles into a third car and off the roadway into a tree, according to police.

The driver of the Nissan, identified as 70-year-old Pearl Caudill of Pittsgrove, was pronounced dead at the scene, police said. The school bus driver, 60-year-old Denise Powell, was airlifted to Cooper Hospital where she died.

The driver of the third car was brought to Inspira Medical Center for treatment. Two children aboard the school bus were also hospitalized for non-life-threatening injuries.