WASHINGTON - Nearly one month has passed since a pro-Trump mob breached the U.S. Capitol building and the Federal Bureau of Investigations is still seeking the public’s help identifying suspects.

The FBI published a new batch of photos on Friday, hoping someone will recognize some of the suspects. The latest batch of photos shows people suspected of assaulting the media and destroying their equipment at the northeast corner of the Capitol at 5 p.m. on Jan. 6.

Anyone with information about them is asked to dial 1-800-CALL-FBI or visit tips.fbi.gov. Informants should include the photo number and reference the assault on media (AOM) with their submission.

The Jan. 6 insurrection lead to the deaths of five people, including one Capitol police officer. Since that time, the FBI has arrested more than 130 suspects across the country, FOX 5 DC reported.

The riot drew bipartisan condemnation and even led to the second impeachment of former President Donald Trump.

Democrats and a handful of Republicans voted to impeach the 45th president just a week before he left office, citing his post-election loss rhetoric as the catalyst. 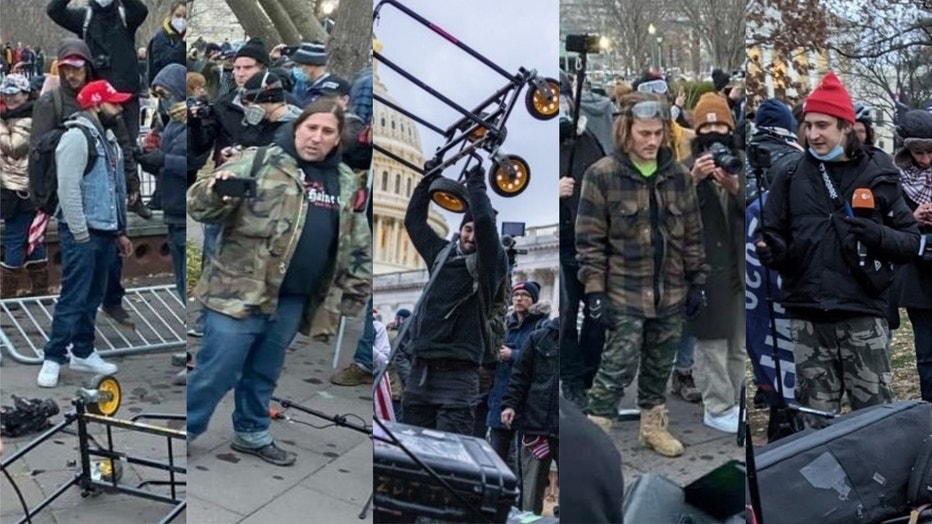 The FBI is seeking to identify individuals involved in the riots at the U.S. Capitol on January 6, 2021, including those involved in the assault of several members of the media and destruction of property at the media staging area at the Northeast Co

When Congress was set to count the electoral votes on Jan. 6, which certified Joe Biden’s election win, Trump supporters rallied in Washington under the mantra "Stop The Steal."

Trump and many of his allies spoke at a rally in front of the White House shortly before the crowd moved to the Capitol.

The mob laid siege to the building, forcing lawmakers to suspend the counting of the electoral votes and to evacuate to safety.