A dog with a chain embedded in her neck was abandoned outside an animal shelter in Tuscaloosa, Alabama, on May 10, surveillance video shows.

TUSCALOOSA, Ala. - Surveillance video outside of an animal shelter captured two people abandoning a dog with a chain embedded in her neck on the shelter’s doorstep in Tuscaloosa, Alabama.

The footage released by the Tuscaloosa Metro Animal Shelter showed two people getting out of a parked car at about 9 p.m. local time on May 10 who proceeded to take the dog from the backseat and walk her towards the shelter.

A spokesperson at the shelter said the dog had a chain embedded so deeply into her neck, she would need surgery to mend her injuries.

"This is not something that happens overnight," the spokesperson said.

Editor’s note: The images below are graphic and may be distressing to some. 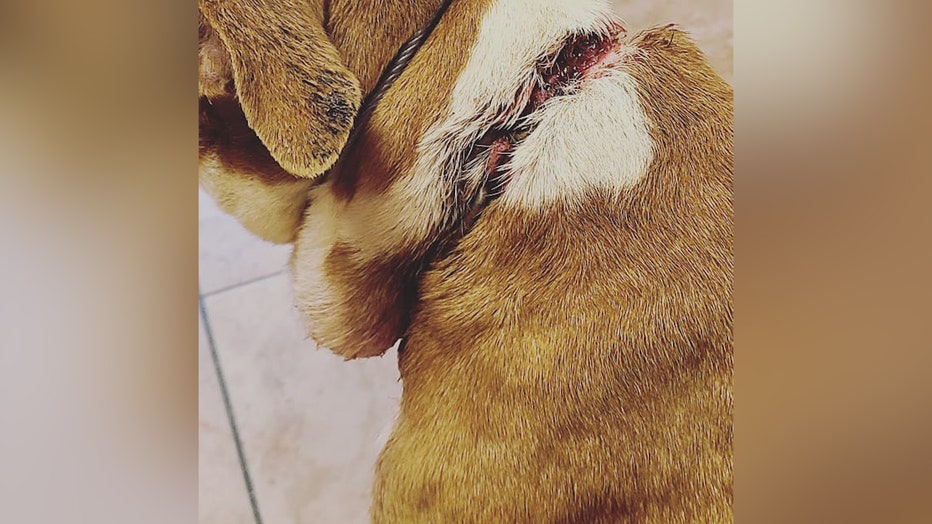 Abandoned dog’s neck after the embedded chain is removed. 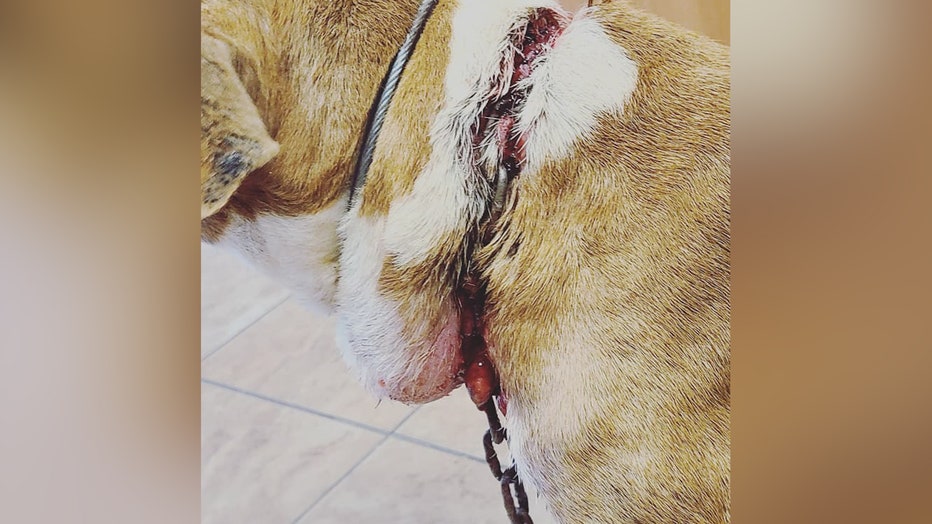 Dog with chain embedded in neck abandoned at Alabama shelter.

"We want to make sure people know that chains are not an appropriate method of restraint," the spokesperson continued. "They are very abrasive and unfortunately, we see this type of injury far too often. Her injury likely occurred over a period of time since the skin was beginning to grow over the chain."

The shelter has filed an animal cruelty report and hopes sharing the video will help shed light on who the former owners are so they can be reprimanded. 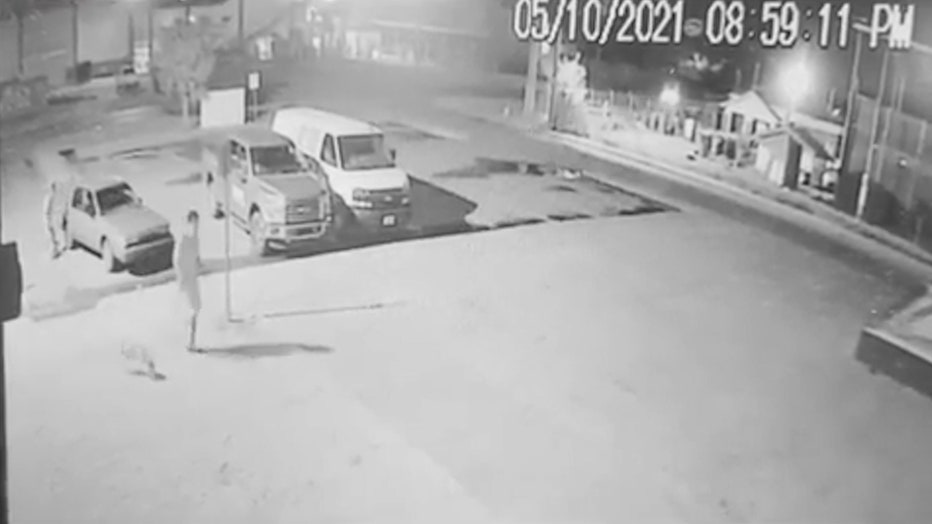 Freeze frame shows two people abandoning dog with chain embedded in her neck outside of an Alabama shelter.

RELATED: Pets adopted during the pandemic are being returned at record numbers: report

The shelter is also taking donations as medical costs for injured animals, such as this poor dog, can be high. Anyone who wants to help can make donations on the shelter’s Facebook page.