School bus surveillance video captured shocking footage of a deer crashing through a school bus windshield, landing on a student.

This is certainly an interesting way to start your morning.

Shocking video captured the moment a deer crashed through the windshield of a school bus in Virginia, landing on top of a student sitting in the front seat.

"The bus hit it and it rolled up the hood of the bus and through the windshield. The deer jumped up at about the time the bus hit it," Brian Bartlett, the interim transportation director for Powhatan County Public Schools, told local news media. 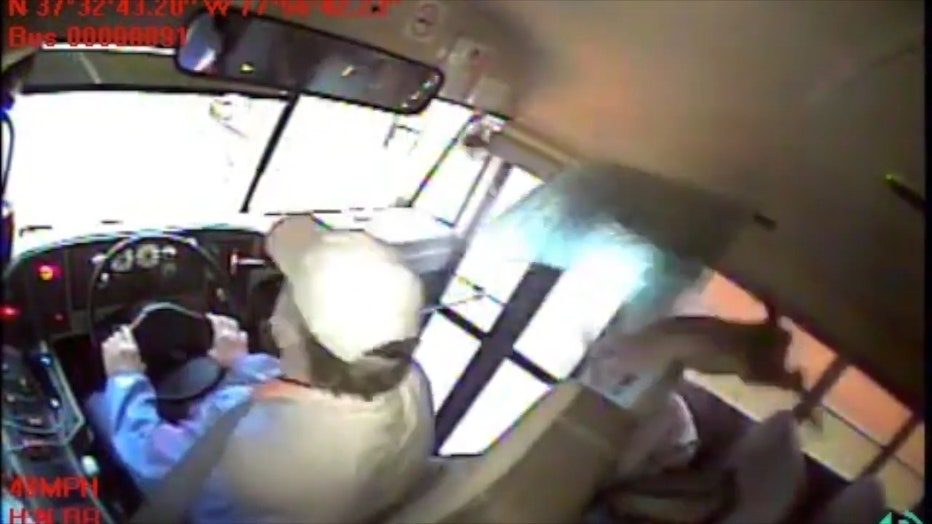 The footage, which was captured by a surveillance camera inside a Powhatan County school bus on April 1, shows the deer thrashing about inside the bus and clumsily getting back to its feet. The bus driver manages to stop and open the bus door, timing it just right so that the deer gets off the bus safely.

Once the deer exits the bus, the student in the front seat, seemingly unphased, can be heard saying, "I was trying to sleep, dog."

The bus driver was headed toward Powhatan High School when the deer flew through the windshield shortly after 6 a.m. Fortunately, nobody on the bus was injured, according to local news reports.