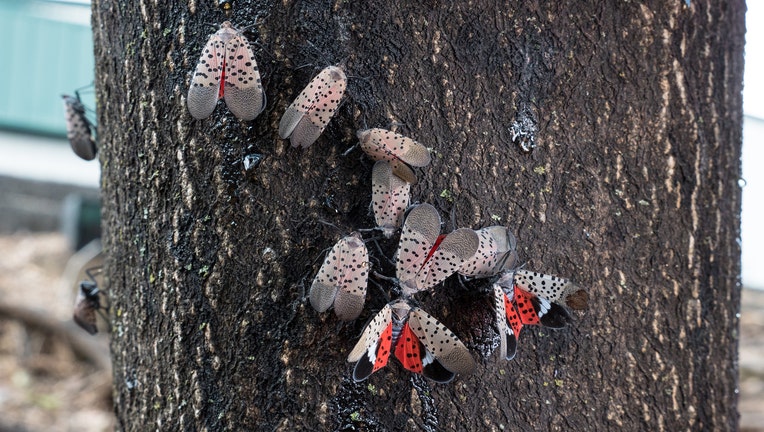 *Adult spotted lanternflies are approximately 1 inch long and one-half inch wide, and they have large and visually striking wings. Their forewings are light brown with black spots at the front and a speckled band at the rear. Their hind wings are sca (USDA Photo by Lance Cheung.)

DOVER, Del. - Delaware officials are now asking residents of the state’s northernmost county to "squish on sight" if they see an invasive spotted lanternfly.

According to the Delaware State News, the New Castle County population of the bug has surpassed the level for which the Delaware Department of Agriculture recommends reporting.

In Kent and Sussex counties, officials are still asking those who spot adult lanternflies to report them for verification.

The insect was first found in North America in 2014.

The first one in Delaware was spotted in 2017, Hauss told the newspaper. Between 2018-2019, the insect’s numbers took off, especially in New Castle County.