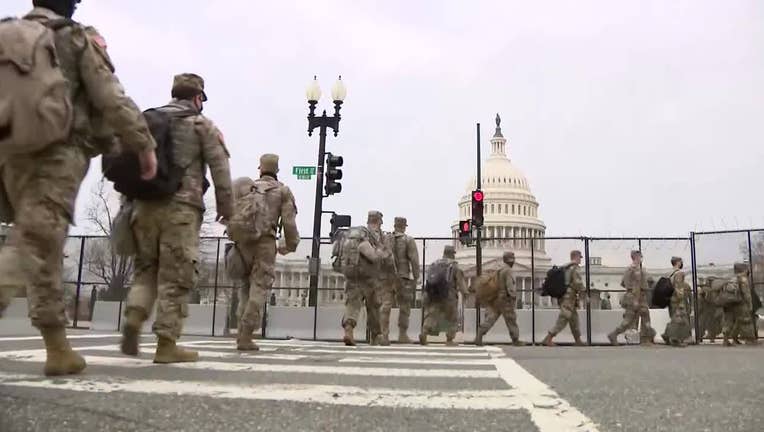 HARRISBURG, Pa. - Hundreds of members of the Pennsylvania National Guard will be in Washington for the next two months to help with crowd management, assist with traffic control and perform other duties.

A state Guard spokeswoman said Tuesday about 2,350 members of the Pennsylvania National Guard were in Washington at one point to help secure the Capitol after the Jan. 6 riot and for Joe Biden's inauguration last week.

About 450 members are expected to remain part of the Washington mission until mid-March, said state Guard public affairs officer Lt. Col. Angela King-Sweigart. They will be housed in hotel rooms.

Their duties also include communications, logistics and medical services.

Guard members also helped defend the state Capitol in the days leading up to Biden's swearing in, although concerns about armed protesters proved unfounded.