Did you hear it? Central Florida residents are reporting that some very loud, mysterious booms were heard early Saturday morning – and many believe they were sonic booms. This video is from Mathew H. in Orlando.

A FOX 35 viewer in Orlando says she heard the booms around 5 a.m. and that some of the houses in the neighborhood shook. She also said there was a smell of sulfur in the air afterwards, but it's not known if that was related to the noises heard.

Reports of the noises were widespread, from Titusville to Kissimmee and many more areas of Florida. Social media lit up with residents making their best guess at what they heard.

Mathew H. in Orlando posted video that captured the noises he heard around 5:17 a.m. in Orlando.

Michael Teplansky shared this video taken by his home security camera that has audio of loud booms heard across Central Florida early Saturday. This video was taken at a home near the SeaWorld area.

"I thought I was hearing things…but nope."

Another person said, "Woke me up, thought something hit the house, Facebook and Twitter seem to confirm it was what I thought, sonic boom seems likely."

"I heard a triple boom at 5:15 am in Haines City, FL. I thought someone jumped on my roof!"

"Yes, loud and my large bedroom window rattled, etc. I happened to be in bed. I hadn't heard my window rattle like that before. Live in Dr Phillips near Sandlake and Apopka Vineland Roads."

The U.S. Space Force has confirmed that its X-37B Orbital Test Vehicle – an unmanned, reusable spaceplane – secretly returned to earth on Saturday, which had launched from Cape Canaveral Space Force Station in Florida in May 2020. The plane had been in orbit for 908 days. This was its sixth mission.

The plane successfully deorbited and landed at NASA’s Kennedy Space Center Shuttle Landing Facility on Nov. 12, 2022, at 05:22 a.m. – right around the time when people began reporting sonic booms. You can read more about the mission and see more photos here. 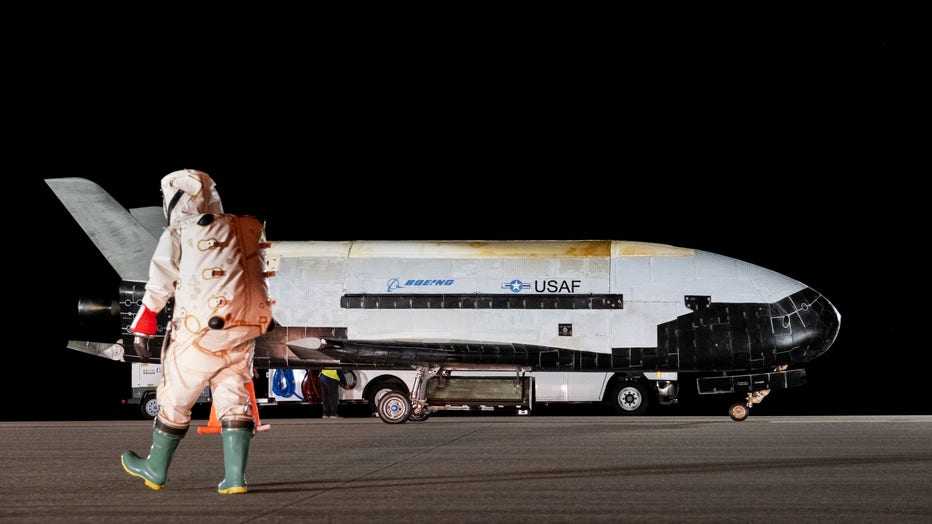 Some people on Twitter claim to have witnessed the landing.

"I totally think I saw this. Was driving south almost to the Cape early this morning, when I saw idk what streaked overhead. Meteor? UFO? Everyone on the road hit their brakes," said Sophie Sanchez. "Figured twitter would know, lol, but I didn't think it was going to be X-37."