South Philadelphia church vandalized for second time in a week

FOX 29's Alex George has more on a South Philadelphia church that was vandalized for the second time in a week.

SOUTH PHILADELPHIA - A South Philadelphia church is searching for answers after their 176-year-old building was vandalized on Sunday morning for the second time in a week.

Leaders at the Zion AME Church on the 1600 block of South 21st Street said the first incident happened when someone threw a beer bottle through one of the building's glass doors on Thursday.

Three days later, during an online Sunday morning service, another glass door was shattered by a brick. Security footage provided by the church showed the unknown person throw the brick at the double glass doors, but only one broke. 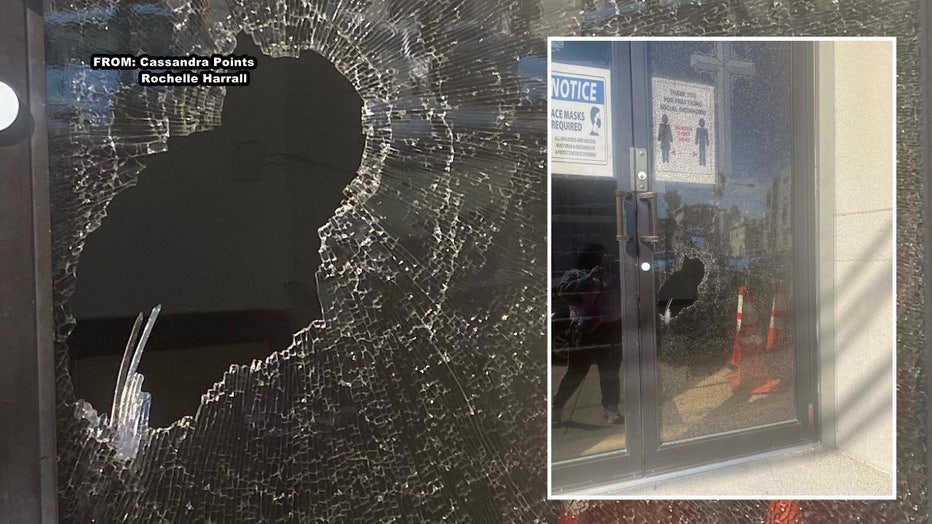 Rev. Bruce Points said the two acts of vandalism have caused the church to temporarily halt meal service to people in need in order to retool their coronavirus safety measures.

"We had it set up so people could come in one door and walk out another without touching anything - safe spacing and all that - but now this changes the dynamics a lot," Points said.

Rev. Point, like other members of the Zion AME community, is confused why someone would twice vandalize their church. Point said they have a "wonderful relationship with the community." He is urging anyone with information to contact 17th district police.