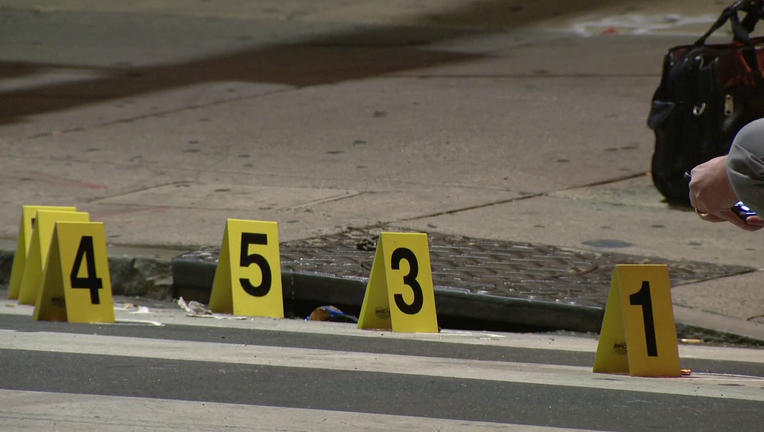 The gun violence began in just after 10:30 p.m. on the 1600 block of Conestoga Street in the Kingsessing. Police say a 19-year-old man was shot once in the shoulder and a 22-year-old man suffered a gunshot wound to the hip.

The teenage victim was taken by private vehicle to University of Pennsylvania Hosptial. The second victim arrived at Penn Presbyterian Medical Center. Both are expected to recover.

Across the city in East Germantown, police say a man and a woman were injured during a double shooting that happened just before midnight.

A 37-year-old woman was shot twice in the right leg and a 21-year-old man suffered a graze wound to the chest. Police say both victims arrived at Albert Einstein Medical Center following the shooting. No arrests were made. 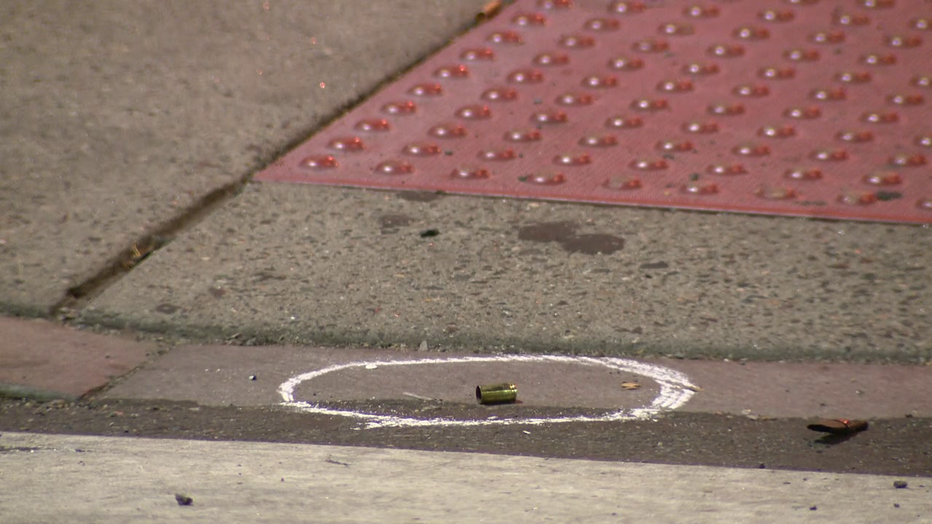 About an hour later, officers responded to reports of a shooting in Juniata Park during which a 42-year-old man suffered a graze wound to the chest. Police say the man refused medical treatment.

Additional reports of early morning gunfire in Center City resulted in two more shooting victims. Officers responded to the 600 block of South Street around 2:30 a.m. and found a 21-year-old and 26-year-old with gunshot wounds to the legs. Officers transported the victims to Jefferson University Hospital where they were listed in stable condition. 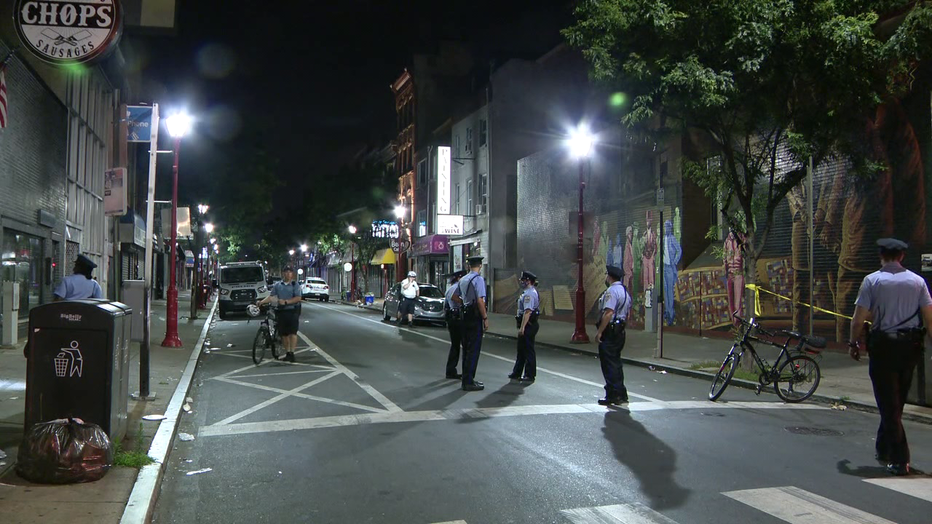 Police on the scene of a double shooting at 6th and South Streets July 5th.

Just before sunrise, say a man was shot in the left thigh and right foot on the 1400 block of West Toronto Street. The victim, 26, was taken to Temple University Hospital by responding officers and placed in stable condition.

No arrests have been reported in connection to any of the five shootings. Authorities continue to investigate.