Police investigating the theft the "Angel of Faith" statue in Trenton

FOX 29's Hank Flynn is in Trenton, New Jersey, talking to locals about the recent theft of an iconic statue, the "Angel of Faith."

PHILADELPHIA - A bronze statue stolen near a New Jersey church was found days later at a scrapyard in Philadelphia, according to police.

The 12-foot-high statue stood across the street from St. Mary's Cathedral in Trenton for more than three decades. 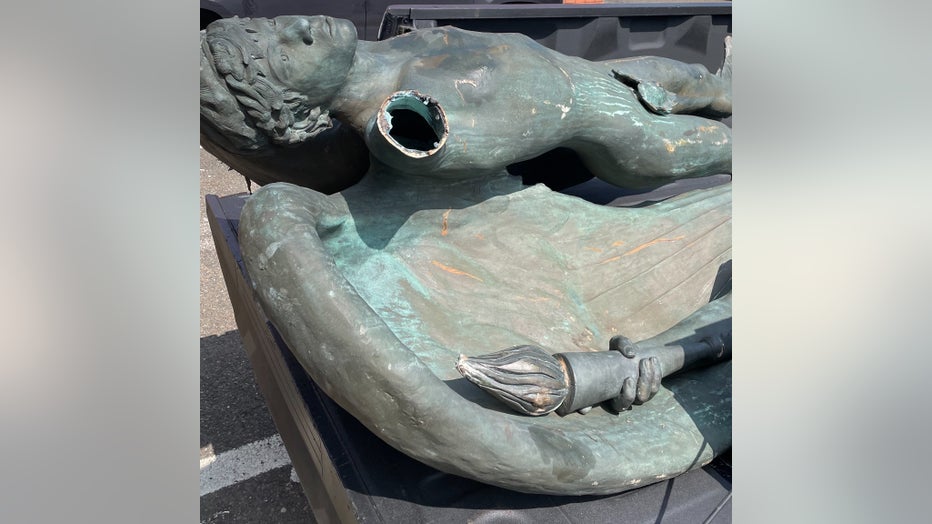 It's unclear how the thieves managed to move the statue, leaving behind only its feet and circular bronze mount.

Trenton Police Director Steve Wilson said he believed the theft was addiction-driven and warned local scrapyards to be on the lookout.

A photo of the now-recovered statue provided by the department shows at least one of its arms missing.