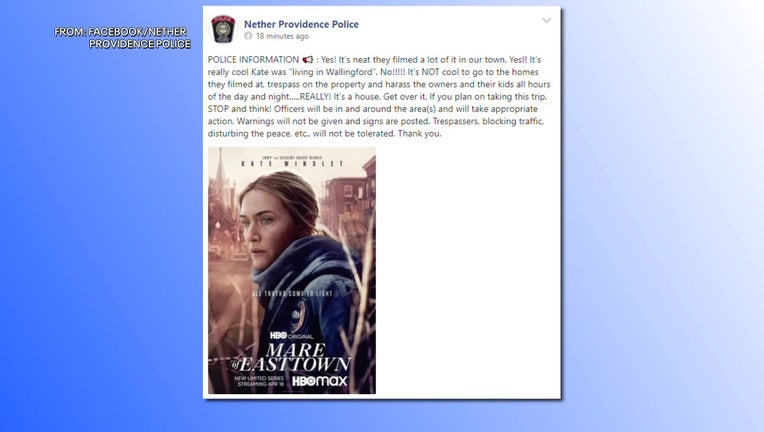 Police in Delaware County are warning fans of HBO's 'Mare of Easttown' to stop trespassing on private property.

In a Facebook post, Nether Providence Police took to Facebook on Monday to say that while they sympathize that it's cool they filmed in Delaware County that they've had enough of the trespassing.

"It’s NOT cool to go to the homes they filmed at, trespass on the property and harass the owners and their kids all hours of the day and night," Police wrote in their post.

Officials warned that those who make the trip will not be given a warning as there are signs posted prohibiting such actions.

"Trespassers, blocking traffic, disturbing the peace, etc., will not be tolerated," authorities added.