WASHINGTON - Large crowds of Donald Trump supporters and protesters crowded outside of the Old Post Office in downtown Washington and at the Verizon Center where the annual American Israel Public Affairs Committee (AIPAC) conference was held Monday.

Protesters from Answer Coalition, Code Pink and other groups were outside of the Verizon Center rallying against Trump and AIPAC, a pro-Israel advocacy group.

"Dump Trump," and "Stop the violence, stop the hate -- Israel is an apartheid state" were some of the chants cried out by the protesters. At least one person was arrested.

A local rabbi told FOX 5 he was escorted out of the arena by security after he took his protest inside and shouted his distaste for Trump.

One protester traveled all the way from Springfield, Illinois. Even though he doesn't like what Trump stands for, he understands why his message resonates with so many people.

"I think that within each and every one of us is a little bit of a Donald Trump that is begging to get out," he told us. "He knows how to get that out of us."

We talked with those who attended the AIPAC conference and listened to the candidates' speeches. The reaction to Trump and the other presidential candidates such Hillary Clinton was mixed.

"There's a lot of baggage," said Arnon Garoncik. "Anybody can come to AIPAC conference and address what this audience wants to hear. It's what they say when they are not in front of AIPAC that is a concern to the voting public. It's a concern to me."

"Everybody seemed sincere in their support of Israel," said another attendee. "That's what we need to hear."

"He killed it," another attendee said of Trump. "He really did amazing. He is who he is. Like him or hate him, he speaks his mind. It's interesting. It's refreshing."

The new Trump International Hotel is set to open later this year at the Old Post Office site and the Republican presidential candidate held a news conference there. Outside of the news conference, there were some strong opinions and heated back and forth debate between Trump supporters and protesters.

"Trump promotes racism. He's practically selling it. He's campaigning with it. He has the KKK, he has Nazis showing up to his rallies," expressed protester Clay Harris.

Information from the Associated Press used in this report. 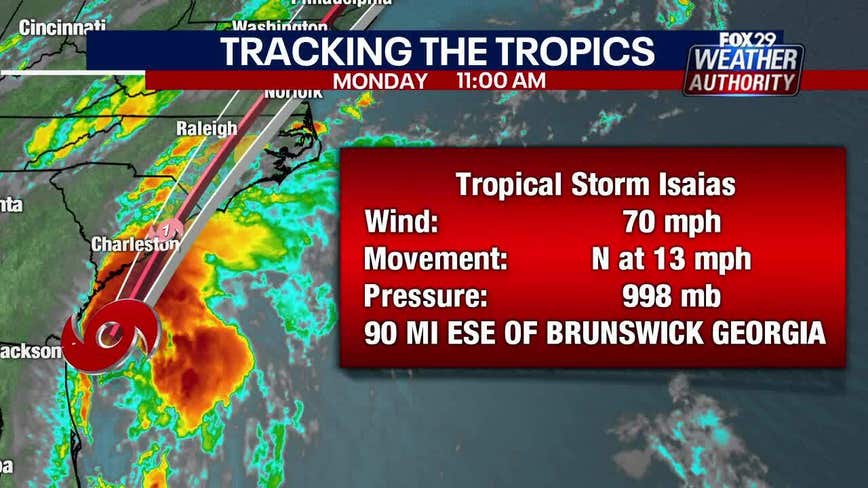