FOX 29's Jeff Cole has more on a police-involved shooting that sent an officer to the hospital and critically hurt a suspect.

According to police the gunfire erupted near the intersection of Torresdale Avenue and Howell Street just after 10 a.m.

Officers spotted a man boarding a SEPTA bus who matched the description of a suspect reportedly armed with a gun. Officers boarded the bus and approached the suspect, at which time the man allegedly pointed his gun at the officers.

According to police, the suspect followed the officers off the bus and began firing. Police reportedly returned fire and struck the suspect multiple times. Officers transported the man to Temple Hospital where he is in critical condition. 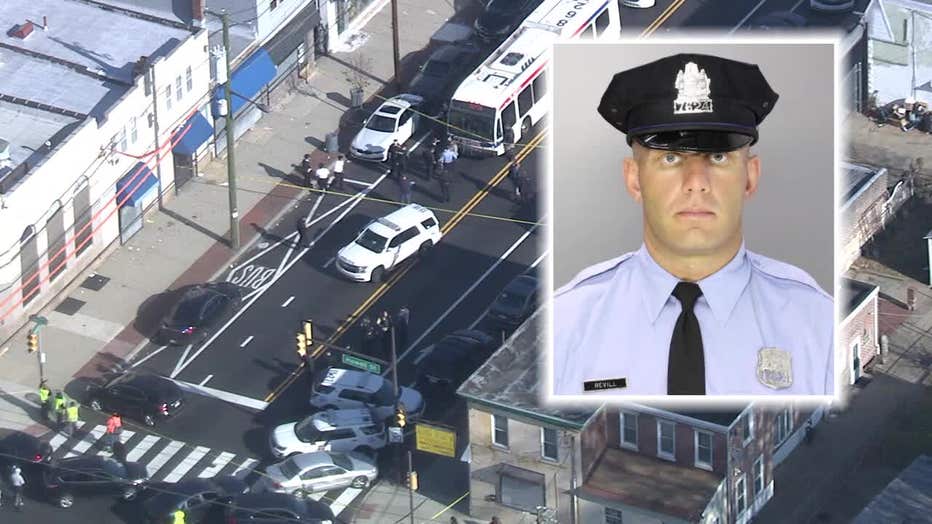 Philadelphia Police Officer Donald Revill was shot in the forearm. He was released from the hospital Thursday.

During the altercation, police say a third officer Donald Revill, 37, tried to intercede was shot once in the forearm. He was taken to Jefferson-Torresdale Hospital and released a short time later.

SEPTA says no one aboard the bus was injured.