Kareem Welton, 40, of Philadelphia, is accused in multiple hit-and-runs early Wednesday morning in Philadelphia and Montgomery County, including one that killed a woman.

SOUTH PHILADELPHIA - Authorities in Montgomery County have arrested a suspect in connection to several hit-and-runs, including a deadly crash in South Philadelphia where police say the driver hopped the curb and ran over a woman twice.

Police believe Kareem Welton, 40, of Philadelphia, is also responsible for hit-and-run crashes in Manayunk and Collegeville that happened after he fled the deadly early Wednesday morning crash in South Philadelphia.

According to police, the series of events started after midnight when Welton hopped into a Chevy Malibu that was left running. It's believed that the car belonged to a family member or friend who helped police identify the suspect.

Investigators say he rear-ended a couple who were sitting on a motorcycle near Broad and Lombard streets in Philadelphia. They were not seriously injured, according to police. 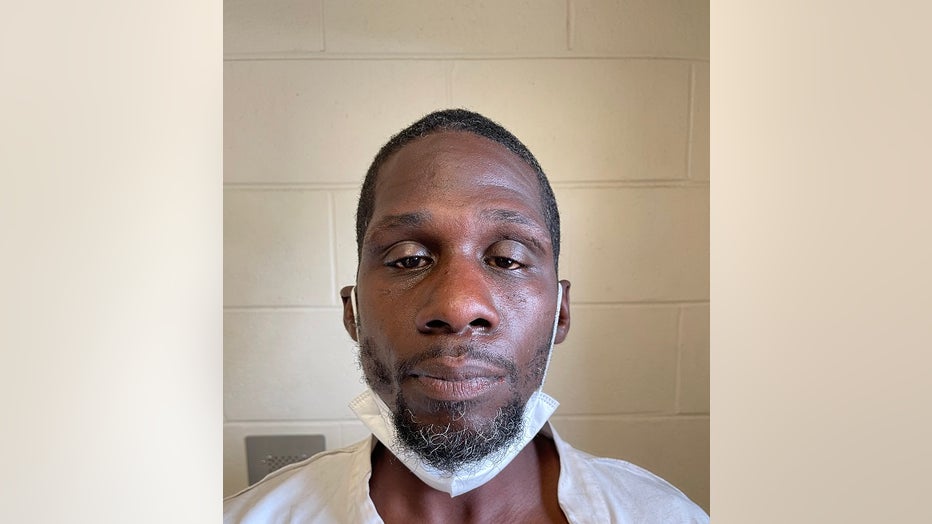 The suspect continued onto South 15th Street where police say he drove onto the sidewalk and struck a 31-year-old Andrina Moreno-Sanchez who was walking home from her job at Steak 48 with a co-worker.

According to police, Welton turned around at Kater Street, drove up the sidewalk again, and hit Moreno-Sanchez a second time. Police say Welton was going to make a third pass when he was scared off by witnesses from a nearby business.

Moreno-Sanchez was taken to Jefferson Hospital where she died shortly before 5 a.m., according to police.

The driver ditched the car shortly after the deadly hit-and-run and stole another car, according to police. Welton allegedly used that vehicle to strike another pedestrian on Umbria and Hermitage streets in Manayunk. The victim was hospitalized with non-life-threatening injuries, police say.

FOX 29's Steve Keeley has the latest on an arrest made in connection to a deadly hit-and-run in South Philadelphia.

Welton faces charges of attempted murder and aggravated assault related to the hit-and-run in Collegeville that left a 38-year-old man seriously injured.

Shortly before 6 a.m., a Collegeville police officer was on routine patrol when he received information about a stolen gray Nissan Altima heading west on Ridge Pike and Main Street.  The officer spotted the vehicle traveling at a high rate of speed after crossing the Perkiomen Bridge. He activated his emergency lights, then briefly lost sight of the vehicle.

Seconds later, the officer came across a pedestrian that was lying in the roadway and stopped to assist the 38-year-old injured runner who had been struck by the Altima, according to investigators. The hit-and-run victim was life-flighted to a Philadelphia hospital with severe injuries including a broken spine and fractures to his ribs and leg. He is expected to survive.

An investigation by the Montgomery County Detective Bureau and Collegeville Police found that, according to witnesses, Welton crossed the oncoming lane of travel, intentionally struck the runner and then returned to his proper westbound travel lane before driving off west on Main Street.

Welton pulled the Altima into an Exxon station in Trappe and got out of the car, removing a puppy from the backseat, according to investigators. He allegedly then attempted to steal a bicycle but was confronted by the owner.

The suspect was taken into custody without incident. Bail has been set at $2 million.

"It's been a long day. We are so thankful he is going to be okay and are praying for all of the families that have been affected. Right now we are focusing on his recovery but would like to thank the incredible people and first responders that helped to save his life today," the runner's wife told FOX 29 Wednesday night.

The suspect accused in a hit-and-run rampage in Philadelphia and Montgomery County has been identified.