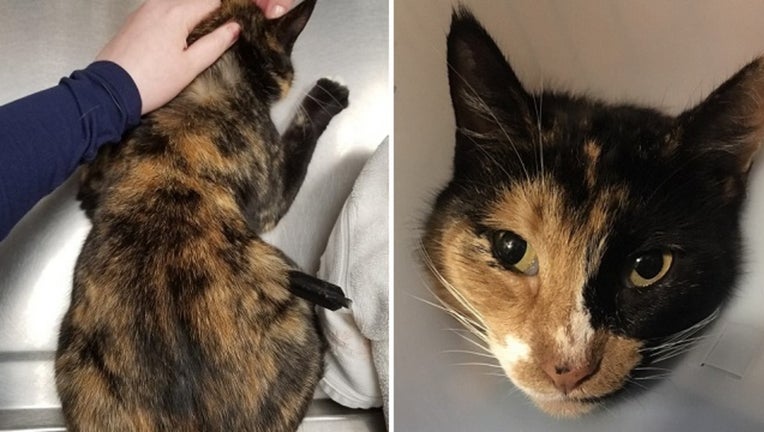 Authorities are searching for #JusticeforAudrey after the cat was shot at close range with a crossbow. (New Jersey's Freedom Farm Animal Rescue)

CEDARVILLE, N.J. - Authorities are investigating after a stray cat was shot with a crossbow at point blank range in Cumberland County.

Prosecutors say a multi-colored cat named Audrey was shot with a pistol compound crossbow arrow, or bolt, on or about Jan. 12. The incident is believed to have occurred near Main Street and Maple Avenue in Cedarville, New Jersey.

According to Freedom Farm Animal Rescue, the arrow entered Audrey's abdomen and went into her chest cavity, somehow missing all of her major organs.

A veterinarian with the rescue organization says the arrow appears to be part of a toy weapon used for target practice. 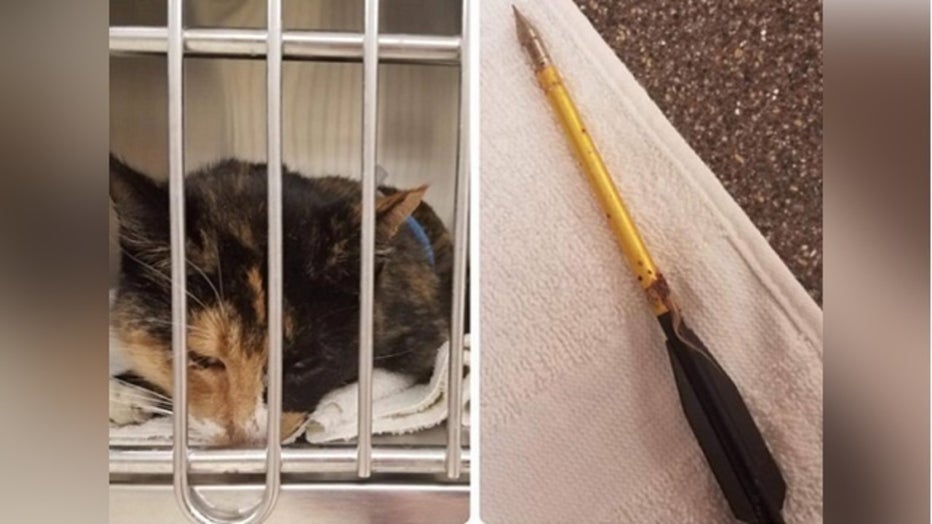 Audrey was brought to a New Jersey animal rescue after an older woman noticed her wandering around with something sticking out of her side. (Cumberland County Prosecutor's Office)

"Whoever did this had to have done it from point blank range to get it to puncture her so deep," the rescue reported.

Audrey was brought to the rescue after an older woman noticed her wandering around with something sticking out of her side.

The arrow remained imbedded until it was surgically removed on Jan. 16. 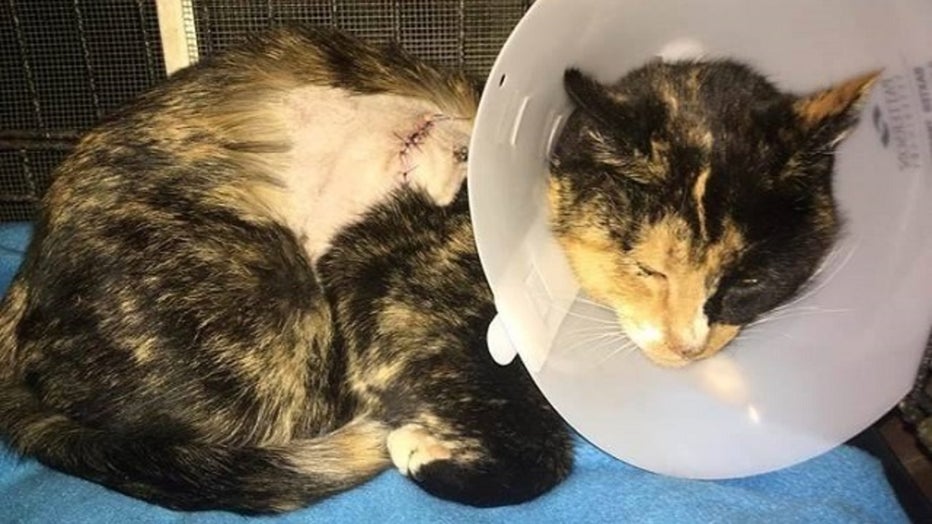 "We believe someone knows who committed this senseless act of cruelty against an innocent animal," Cumberland County prosecutors wrote in a Facebook post.

Audrey is currently recovering at South Jersey Rescue. Her stitches, staple and cone of sham have since been removed, and the vet reports that her wounds have healed "wonderfully." 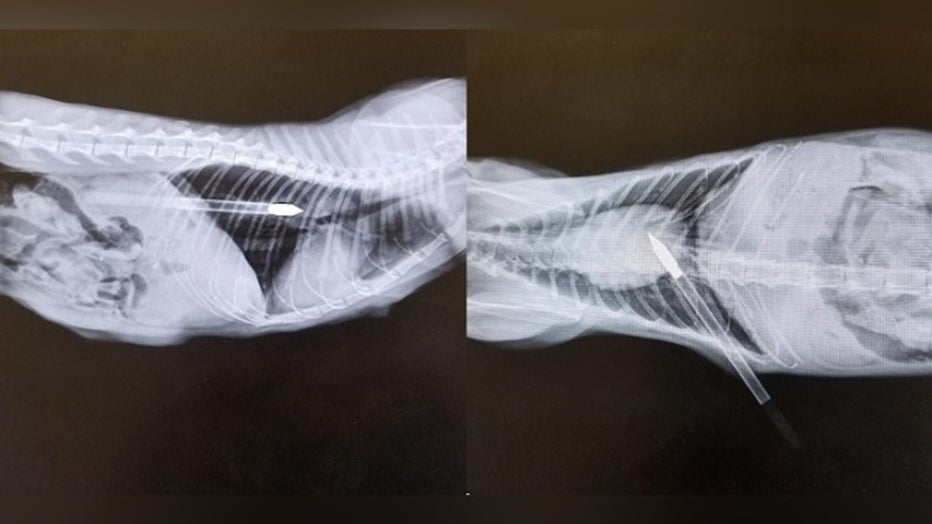 Audrey is currently in recovery at South Jersey Rescue, where she will ultimately be put up for adoption. (New Jersey's Freedom Farm Animal Rescue)

Anyone with information regarding Audrey's case is urged to contact Sgt. Francis Nolan of the Cumberland County Prosecutor's Office at 856-453-0486, ext. 11173.