The body of Thomas Razzi, 66, was recovered late Thursday from the rubble of his burned down home after authorities say a standoff led to a series of explosions, and large fire that destroyed three townhomes.

LOWER PROVIDENCE TOWNSHIP, Pa. - Authorities in Lower Providence Township say they have located the body of an armed suspect who was engaged in a standoff with police before his home and several neighboring residences caught fire.

The incident began just before noon Thursday when a township code enforcement officer responded to a residence on the 400 block of Cardin Place for a follow-up inspection on a home known for hoarding conditions. When the enforcement officer made contact with the homeowner, later identified as Thomas Razzi, 66. Police say the Razzi displayed a firearm and chased the officer away from the property.

A short time later, two Lower Providence Township police officers arrived on the scene and confronted Razzi in front of his home, ordering him to stop. They say Razzi, who was unarmed at the time, retreated into his home and slammed the door behind him. 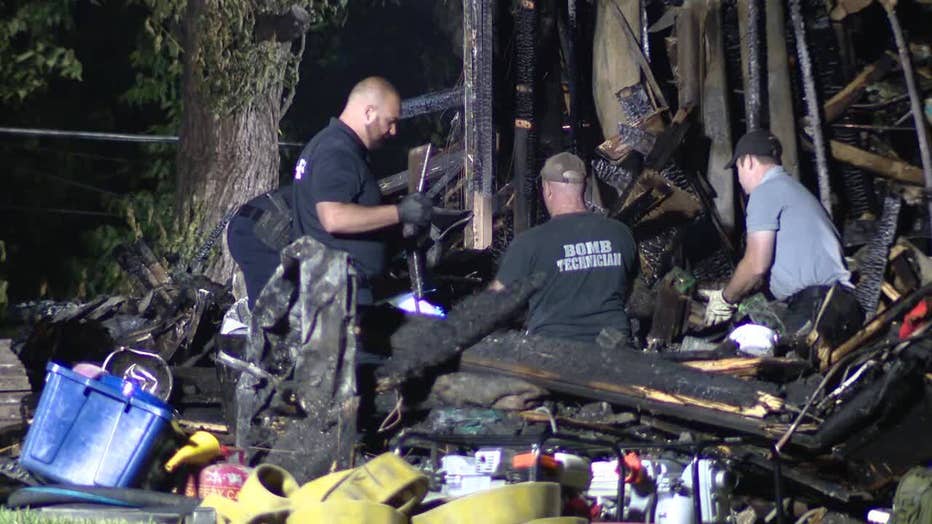 Authorities found the body of 66-year-old Thomas Razzi in the wreckage of a home after police say an armed standoff lead to explosions and a fire.

Immediately following the explosions, smoke and flames became visible inside the home, and officers began evacuating nearby homes. The fire ultimately destroyed three townhomes and damaged three others.

Authorities say police confronted an armed man who retreated back inside his home before a series of explosions were heard and the residence caught fire.

After firefighters got the fires under control, police say Razzi's body was recovered from the rubble of the home shortly before midnight Thursday and positively identified in an autopsy.

An investigation into the cause of the fire and explosions was conducted, and preliminary information revealed it was likely the result of chemical substances being mixed to make illegal fireworks, and ammunition exploding due to the fire.

Officials provide update on an armed standoff that lead to fire in Upper Providence on Thursday. The body of the suspect, 66-year-old Thomas Razzi, was later recovered.