Philadelphia police are looking for a group of suspects they say attempted to rob a man at gunpoint in a bathroom before assaulting him.

PHILADELPHIA - Police in Philadelphia are searching for the three suspects they say assaulted a 70-year-old man during an attempted robbery inside the Fashion District in Center City.

The incident happened on Thursday, Dec. 2 at approximately 1:25 p.m. inside 901 Market Street which is the Fashion District.

Police say the victim was entering a ground-level bathroom when he was approached by three unknown young male suspects.

One of the suspects displayed a handgun and when the victim said he did not have any money, he was punched in the head and the face causing a laceration, according to police. 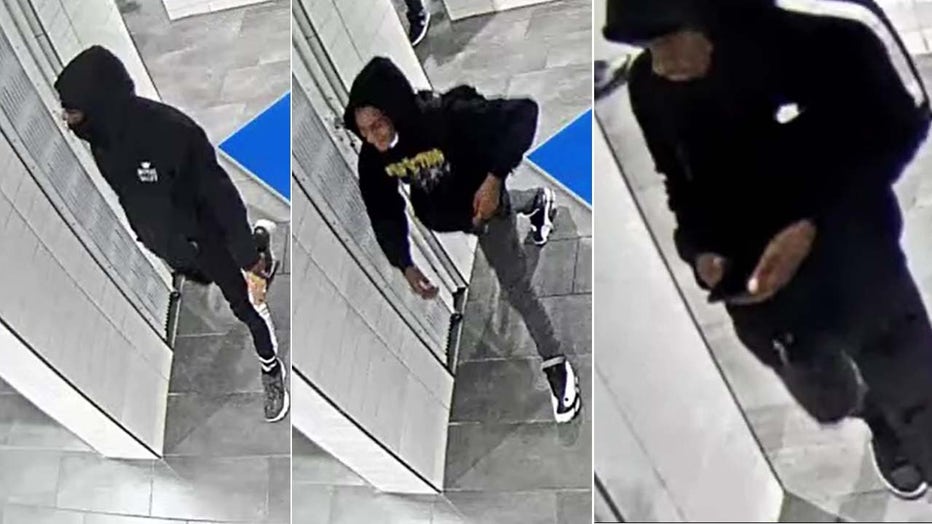 The three male suspects then fled and exited the Fashion District on Filbert Street. They were last seen heading towards 9th Street.

According to police, the first suspect is described as a young male in his teens, thin build, wearing a black hooded jacket with a logo on the left chest, black pants with a white stripe, and gray and white sneakers.

The second suspect is described as a young male in his teens, medium build, wearing a black hooded sweatshirt with "Pulp Fiction" written on the front, gray pants, and black and white sneakers.

A third suspect is also described as a young male in his teens, thin build, wearing a black hooded sweatshirt with a logo on the left chest, stripes on the arms, dark pants, and black and white Nike sneakers.