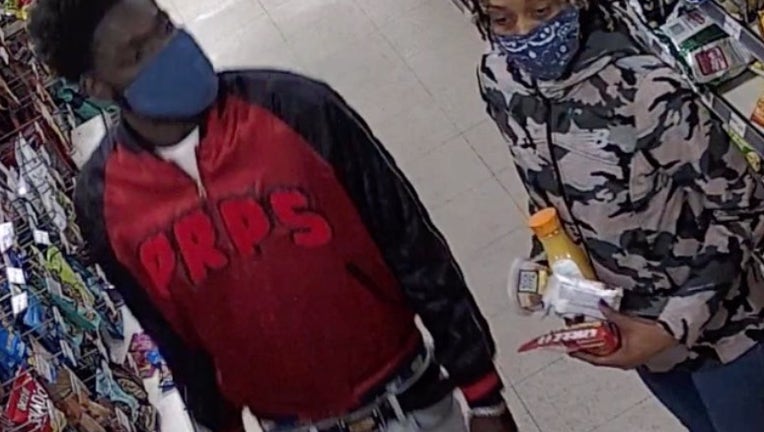 PHILADELPHIA - The Philadelphia Police Department Homicide Unit is looking to identify two suspects wanted in the shooting death of a 16-year-old high school student in Eastwick.

Police say the unprovoked shooting appears to have happened after a brief exchange of words between the suspect and the victim inside a local business.

Then, the suspect waited in his vehicle for the victim to exit the business before driving up to him and shooting him.

The suspect was driving a dark-colored VW SUV, possibly a Tiguan.

After shooting the victim the SUV was last observed driving northbound on S. 70th Street from the 2900 block.

The suspect is describe as being a Black male with a dark complexion and believed to be in his mid-20s, over 6 feet tall, with a thin build. The male has a full beard and unkempt hair.

He was wearing light-colored jeans, a red with black sleeves "PRPS" jacket, and a blue face mask with a filter.

The second suspect is described as being a Black woman with light brown complexion. She is believed to be in her mid-20s and had brown-colored braids with light brown highlights, and cowtie shells along the right side of her hair. She was wearing a gray camouflage "New Balance" brand jacket, blue denim pants with cut-out knees, and shiny black boots.