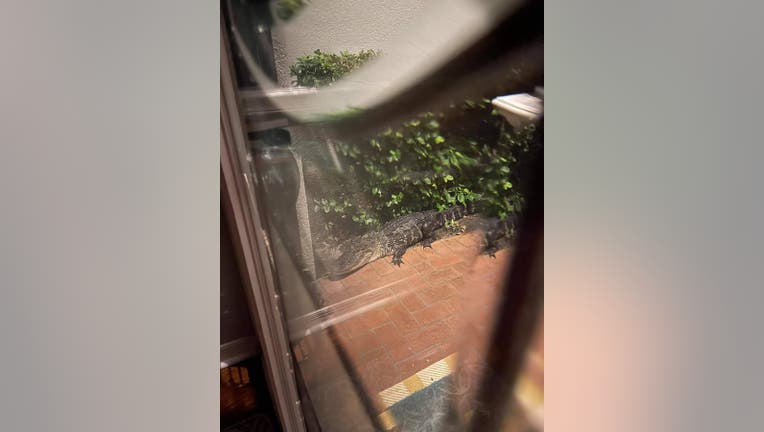 NEW TAMPA, Fla. - A Tampa mom was already wide-awake Sunday morning after her son woke up from a nightmare. Then, they heard scratching noises at the front door around 4 a.m.

It turned out to be an alligator.

"We probably wouldn’t have heard it if we were not already up," Courtney Ventrone wrote in a Facebook post.

When she peered outside, under the home's security lights, they spotted the alligator. The family lives on Moss Hill Way in the Grand Hampton neighborhood in New Tampa. Courtney said there are three ponds in the area. 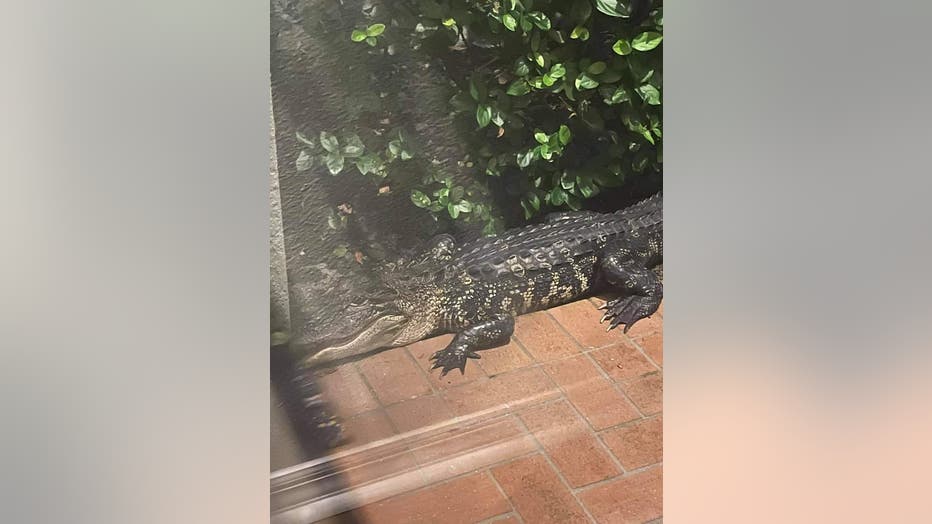 Despite having a bad dream, Courtney told FOX 13 that her son, Ryder, didn't appear scared with the surprise visitor. It seemed to have served as a distraction.

He had plenty of questions about the reptile, such as where it came from and asked if his parents were going to bring it inside. He also wanted to know if it was a nice alligator or a mean alligator.

Courtney said if the gator was still outside in the morning, they would call a trapper. Her husband double-checked that the garage was closed, and it was. Before he returned to bed, he took one more look at the alligator, which was making its way back down the driveway. 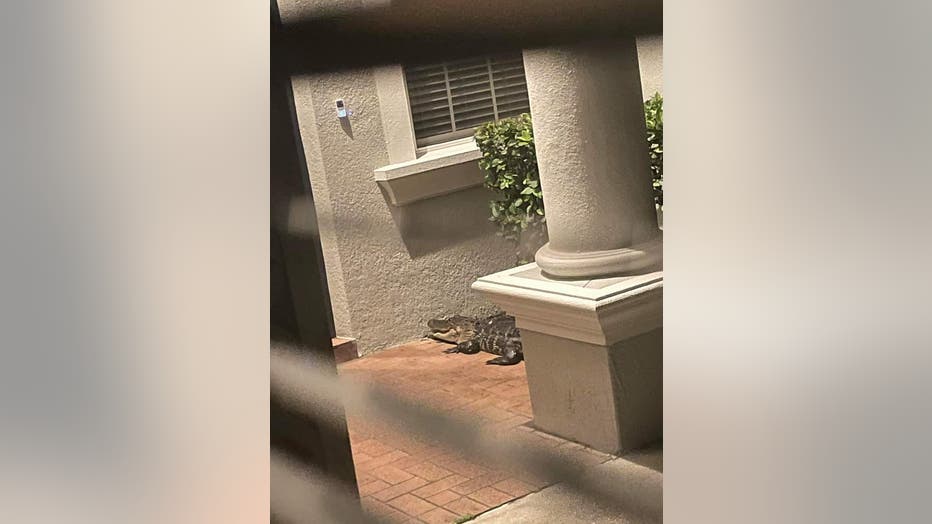 So, the family went back to sleep without a peep. Ryder even snuggled up with his stuffed animal – which happened to be an alligator.

When Ryder woke up late on that morning, the first thing he wanted to do was go for a walk to find his new gator friend.