The victim's family remembers the elderly woman who was killed in Porter Ranch.

LOS ANGELES - A 71-year-old woman who was on her way to attend evening prayers at a mosque was killed by a teen suspected of speeding in Porter Ranch.

The Los Angeles Police Department responded to a call of a multiple-vehicle wreck at Corbin Avenue and Mason Avenue around 7:30 p.m. on July 30. A teenager was driving a 2021 Chevrolet Camaro ZL1 was traveling westbound on Corbin Avenue when the teen made a right turn on Mason Avenue. 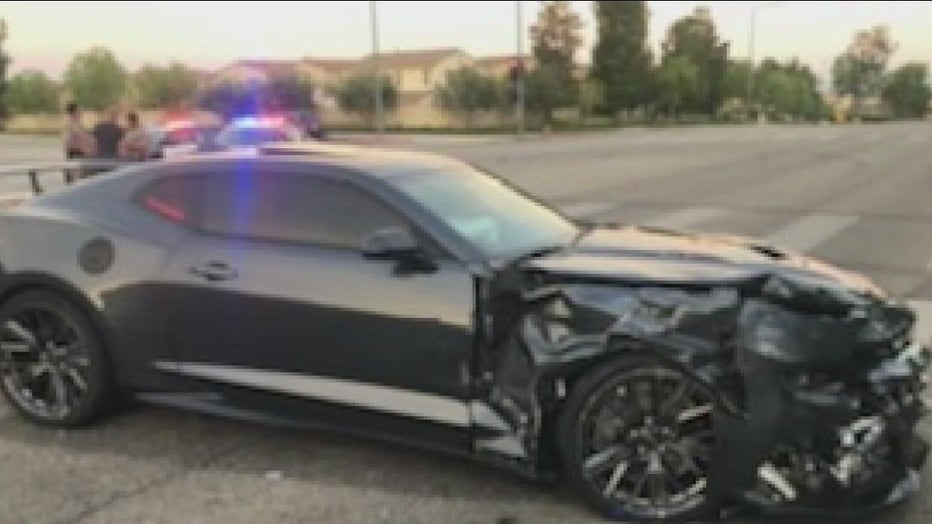 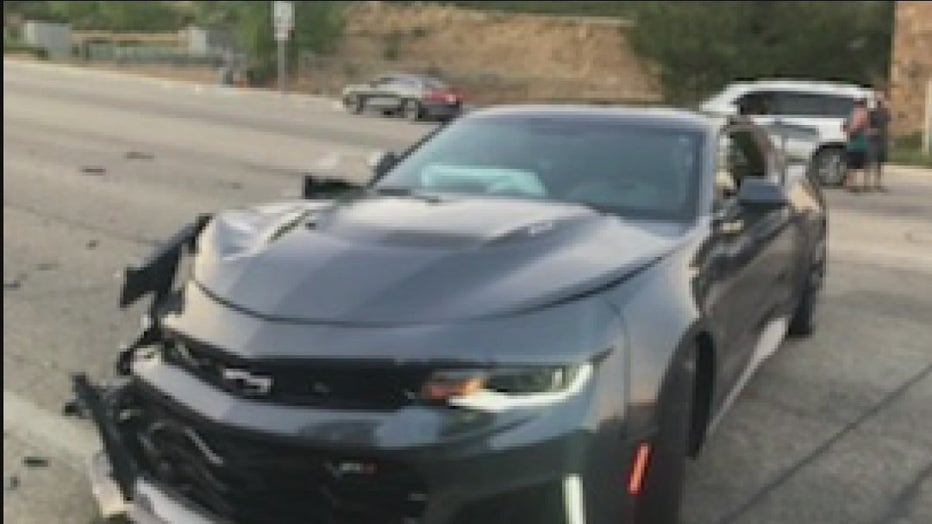 LAPD said the driver "drifted into oncoming lanes" and crashed into another vehicle. The crash killed an elderly woman, identified as 71-year-old Norbanoo Dhanani, who was the passenger in the other car. The 16-year-old driver who hit her remained on scene, LAPD told FOX 11.

FOX 11's Hal Eisner spoke with the grieving family Monday, as a makeshift memorial marking the deadly crash site can be seen down the hill from their Porter Ranch home. 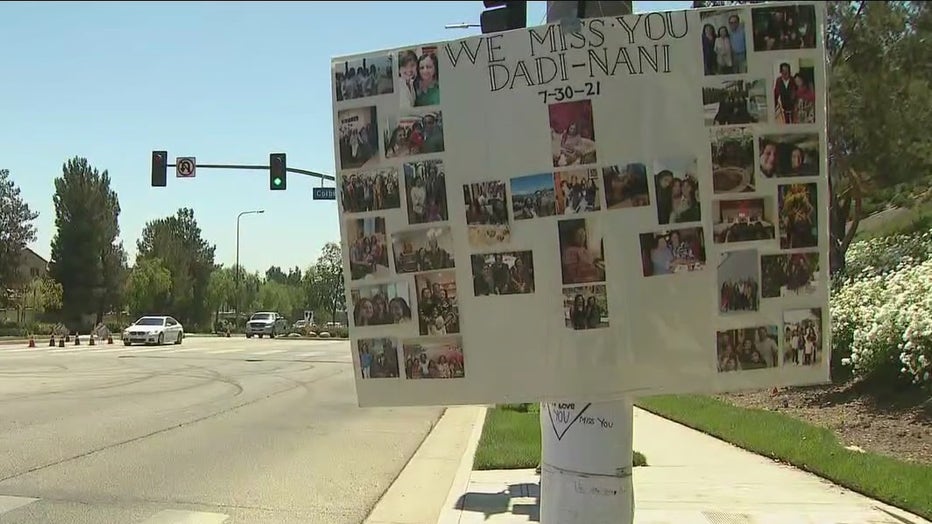 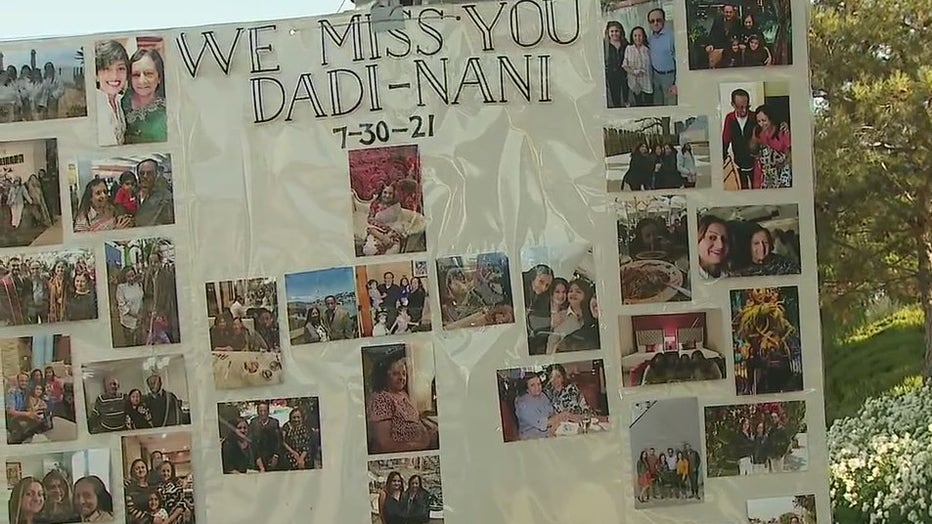 "My in-laws left our gated community to attend evening prayers at the mosque," said Naseem Dhanani, Norbanoo's daughter-in-law. "A driver blindsided and speeding down Corbin slammed right into them."

Rahim Thomabi told FOX 11 he was the first family member on site.

"I actually pulled her out of the car," said Thomabi, an extended family member.

Another extended family member, Rahim Govani, said he was in the emergency room when Norbanoo was rushed to the hospital.

"They tried to resuscitate her and she died on the table before they could do the surgery," he said. 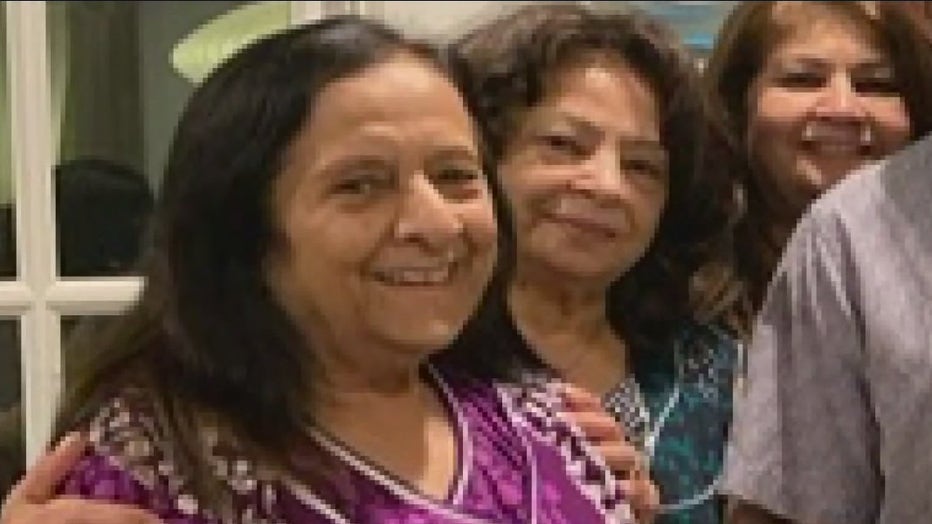 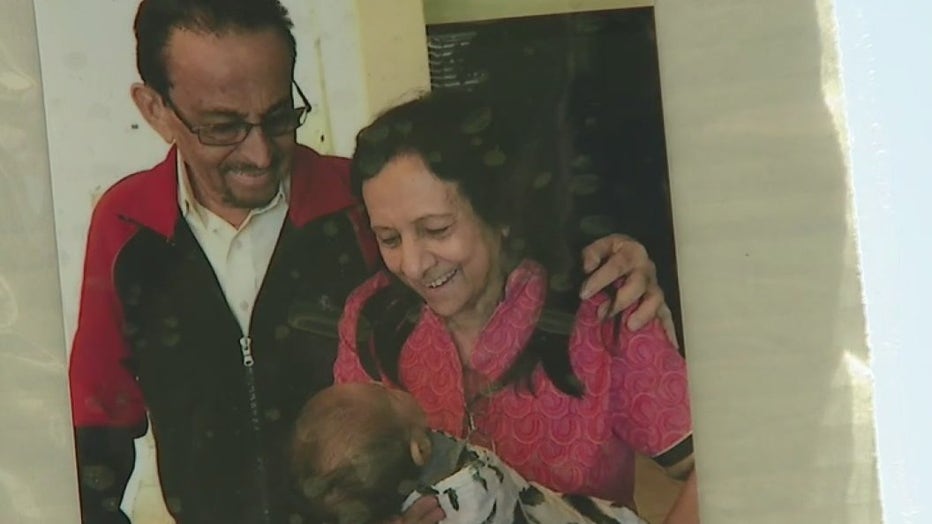 The grieving family says the driver of the Camaro ZL1 was just 16 and was allegedly speeding.

Now, the family is calling for justice.

"I’m asking for this kid to have some kind of consequence because it seems like the way our California laws are and this DA is it doesn’t seem like he’s going to get anything," Asif said.

As the grieving family hopes the teen driver will be held accountable, Los Angeles County DA George Gascón is under scrutiny from another family whose daughter was killed by a different teen driver suspected of speeding in a luxury vehicle. 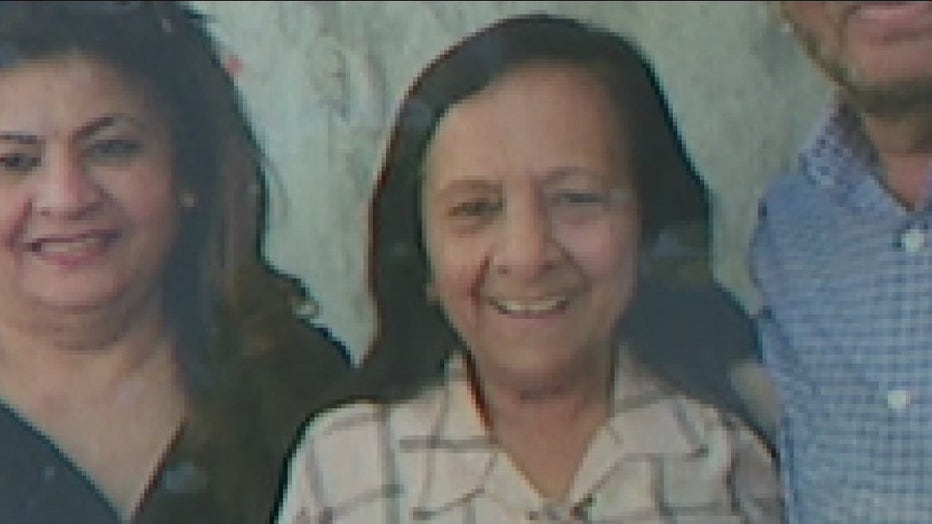 Back in February, 32-year-old Monique Muñoz was hit and killed by a 17-year-old who was driving a Lamborghini SUV. The teen driver, who confessed to vehicular manslaughter amid speeding allegations, was placed on house arrest in April. The news of the light punishment sparked protests on social media and at the intersection of Olympic Boulevard and Overland Avenue, where Muñoz was killed.