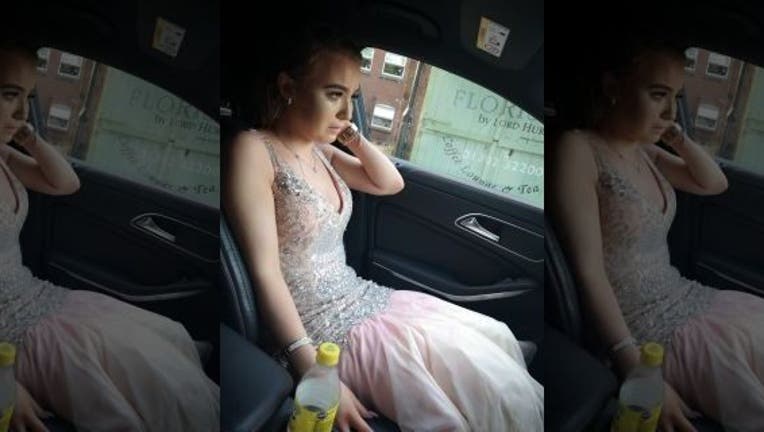 "I was just sat minding my own business when this drink was suddenly all over me," Emilee said. "I didn't even know she was behind me, she crept up on me. Nothing was ever said, I just looked up and saw the girl walking away." (SWNS)

FOX NEWS - A teenage schoolgirl whose picture went viral after bullies poured a bottle of juice over her on prom night is speaking for the first time about her "humiliating" ordeal.

Emilee Perry, 16, was sitting alone at the end of year celebration when she suddenly felt a gush of liquid go over the top of her head and all down her $500 dress.

Emilee, from South Yorkshire, England, looked up in terror and saw a girl she had considered a friend until that point, walking away as more than 100 classmates watched on in shock.

Distraught, Emilee almost immediately got up and walked outside to call for her mom Tracy, 44, to come and collect her.

The next day, Tracy posted five pictures of her distraught daughter on Facebook, along with an account of what happened. The day after that, their story went viral.

Emilee says she has since been "overwhelmed" and "blown away" by the messages of support she has received from around the world.

"I was just sat minding my own business when this drink was suddenly all over me," she said. "I didn't even know she was behind me, she crept up on me. Nothing was ever said, I just looked up and saw the girl walking away."

Emilee added that she thought she and the girl were friends which is why it had come as "such a shock."

"I still have no idea whatsoever why she did it," she said. "It was so humiliating, it was in front of my whole year group … It was a full jug of cherry [soda] that had been put on all the tables for us to drink. I was completely covered, it was all over me. I was so sticky. My dress and makeup were ruined."

Emilee was previously forced to leave one school because of bullying, and has suffered from anxiety since the age of 10, which initially prevented her from wanting to attend prom.

Her condition is currently at the point where she's to scared to even leave the house without her parents, and she's too frightened to spend days out with friends or go on sleepovers because of anxiety.

However, after much convincing from Tracy and dad Michael, 48, Emilee decided to summon all her courage and go to the event, which was at a hotel on June 28. She purchased a beautiful dress from a boutique and had her hair and makeup done by a professional, all of which cost more than $600 in total. 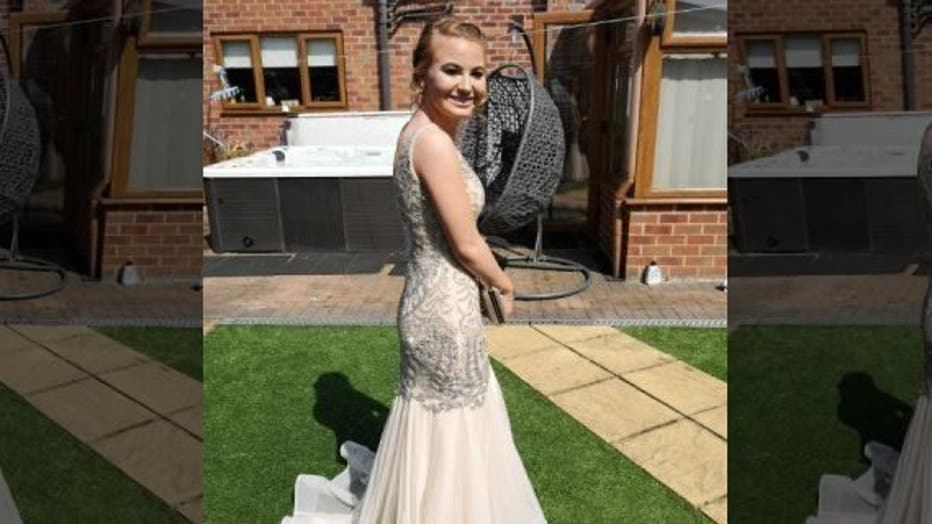 Emilee, who suffered from anxiety following previous incidences of bullying, needed to be convinced by her parents to attend prom. (SWNS)

Prior to prom, the plan was for the other girl, who Emilee didn't want to identify, to travel alongside Emilee and a group of other girls. However, shortly before the group were due to leave, the other girl got in touch to say she was already there, which Emilee thought was odd.

Emilee had been at the event for around two hours and was sitting alone at the time of the incident, as her friends had gone to the toilet.

Following her former friend's cruel deed, the girl was removed from the party, according to Emilee.

Emilee added that lots of teachers who realized what had happened consoled her and attempted to persuade her to remain at the party, but she instead went home, got straight into the bath and had to use an entire bottle of conditioner to get the pop out of her hair.

She said she hasn't heard from the other girl, and doesn't expect to see her again, as their exams are over. However, one of her the girl's parents did go and speak to Tracy and Michael to apologize on the night of the incident. 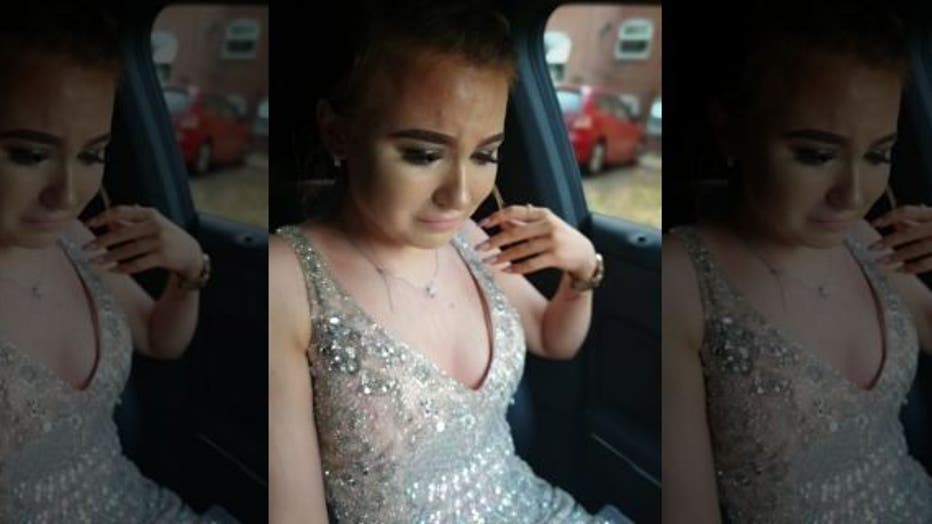 "I thought we were friends, that's why it was such a shock, we had taken a picture together that night," Emilee said. "I still have no idea whatsoever why she did it." (SWNS)

Emilee's mom Tracy said the school, Hall Cross Academy in Doncaster, knew about what happened and claimed they would get in touch, but that they are yet to do so.

"I went to pick her up and couldn't believe what I was seeing, it was a horrible sight," Tracy said.

"Everything was drenched. She was absolutely devastated. To do something as cruel and humiliating as that is awful."

Emilee will be starting college in September, where she will be doing a makeup course in hopes of working as a makeup artist when she's older.