HOUSTON - A Houston man was charged with negligent homicide and endangering a child Friday after police say his 12-year-old daughter drove an SUV into a man and his dog, killing them both.

Prosecutors say Tomas Mejia, 42, was charged because he allowed a “child to operate a motor vehicle with no driver’s license and no driving experience.” Each charge carries a sentence of up two years in prison. 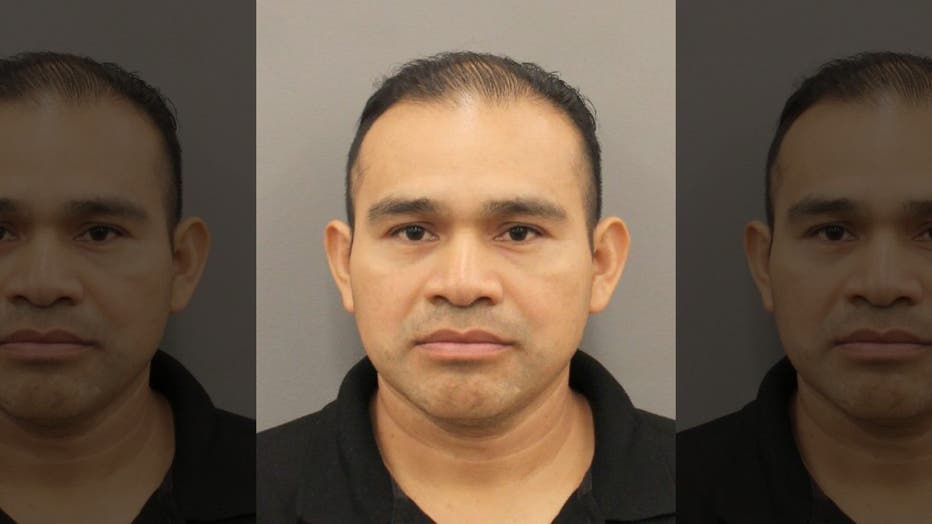 Tomas Mejia Tol, 42, was charged on Friday with criminal negligent homicide and endangering a child after his 12-year-old struck and killed 47-year-old Enrique Vazquez and his dog in Houston on Thursday afternoon.

Police say Mejia allowed his daughter to drive a black Ford Explorer in the parking lot of an apartment complex at the same time Enrique Vazquez, 46, was walking his dogs in the area. Investigators say the girl hit the accelerator, striking Vazquez, one of his dogs and a tree. Vazquez was pronounced dead at the scene by paramedics and the dog that was struck later died.

"You can’t allow a young child to drive in a populated place," Sean Teare, chief of the Harris County District Attorney's Office told KPRC. "It’s a tragic crash. It’s a tragic incident and happens all too often in our community."

"It’s never ok to let a 12-year-old drive a car," Lynn Nguyen, with the Harris County District Attorneys Vehicular Crimes unit told the outlet. "Twelve years old is way too young even if a parent is in the seat."

Mejia was detained, subsequently charged and appeared in court for the first time on Friday night.