The person behind the mask was reality television star Vinny Guadagnino, most notably known as a cast member on the reality show Jersey Shore.

LOS ANGELES - Wednesday night’s new episode of "The Masked Dancer" and the fifth celebrity unmasking of the season ended with the hammerhead shark’s elimination.

The person behind the mask and under the sea creature costume was reality television star Vinny Guadagnino, most notably known as a cast member on the hit MTV reality show "Jersey Shore", which first aired in 2009.

"Obviously, I’ve been doing reality TV for like 10 years, but this is actually more my wheelhouse. I love to perform, I love to learn new things and have to perform them in front of a stage," Guadagnino said in his exit interview. "Totally different from reality TV."

RELATED: ‘The Masked Dancer’: The cricket jumps off dance floor in latest reveal

And while Guadagnino is known for his big personality and for coming up with his own dance moves, including fist pumping, on "The Jersey Shore," he described himself more as an introvert.

"Being anonymous for me is great," Guadagnino said. "I’m like an introverted, shy person. I’m not like, really extroverted and all out there like that, so I got to kind of be extra. I got to be crazy inside that costume, because nobody knew who I was."

Hammerhead is revealed on The Masked Dancer

The Hammerhead's identity was revealed on Wednesday's new episode of The Masked Dancer.

While none of the panelists were able to guess his identity, Paula Abdul told the audience that she thought it could potentially be the "Jersey Shore" star.

"I said it was you earlier! I don’t know why I didn’t stick with that," Abdul said. "I love you!"

Several clues led up to the reveal, including one-word clues designed to help figure out who the dancer is. Guadagnino’s first "Word Up" was "Dramatic" and second "Word Up" was "Heartbreaker."

"My ‘Jersey Shore’ castmates are going to flinch at first. They’re definitely going to be surprised that I was probably able to just pull off any dancing at all on a grand stage like this," Guadangnino said. "This was the most fun thing I’ve ever done." 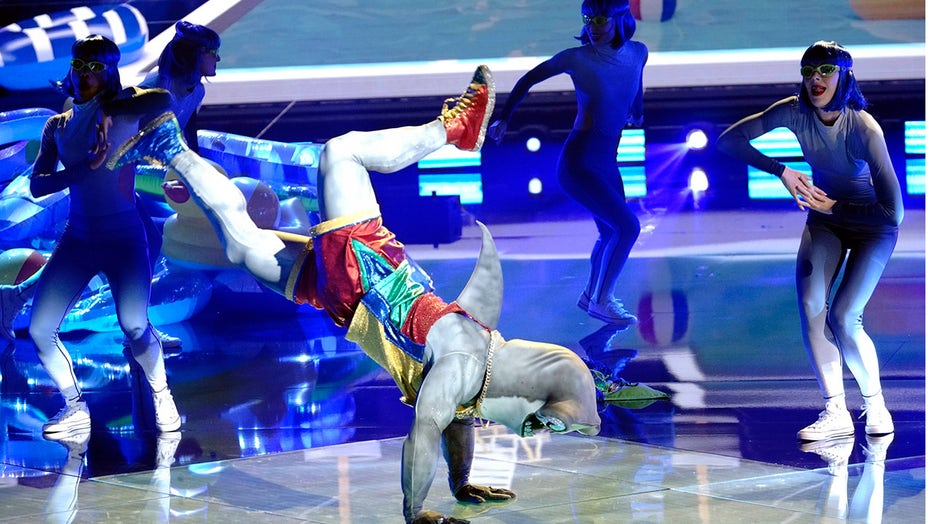 The hammerhead break dances on The Masked Dancer

"The Masked Dancer" features celebrity contestants shaking their tail feathers while covered from head-to-toe in elaborate costumes and face masks, leaving audiences to guess their identities.

Each week, a series of clues are sprinkled throughout packages, costumes and routines, leading the panelists one step closer to figuring out which famous faces are freestyling behind the masks.

And when it comes to dancing styles — the sky is the limit.