Gladys Coriano was a helper, her family says, which makes it that much harder for them to understand why she didn't get help when she needed it most. FOX 29's Kelly Rule spoke with her family.

PHILADELPHIA - The family of a Northeast Philadelphia woman allegedly murdered by her ex-husband says the criminal justice system failed her.

"She was a short little lady with the biggest heart ever, she dedicated her life to service she touched many lives, she loved everyone," says Julio Moran Jr., Gladys Coriano's son. "There were many opportunities to stop this from happening."

Authorities say they have charged Gladys' ex-husband, 52-year-old Adriano Coriano, with her murder after she was found shot in her car outside her home on Hartel Avenue back on Jan. 20.

In the months before, Gladys' family says she kicked Adriano out, filed a Protection From Abuse order, put up cameras, changed her number, and reported everything Adriano allegedly did to the police.

Police now say their detective bureau is "assessing and analyzing the entirety of the department's role" in leading up to Gladys' death. In the meantime, police declined an on-camera interview, but a spokesperson provided FOX 29 with a written timeline. A police source also assisted with the timeline

On Oct. 26, Adriano allegedly violated a Protection From Abuse Order when he showed up at Gladys' home and started a fight with her son. On Oct. 31, he is accused of breaking in, pinning Gladys on the floor, and threatening her with a knife. 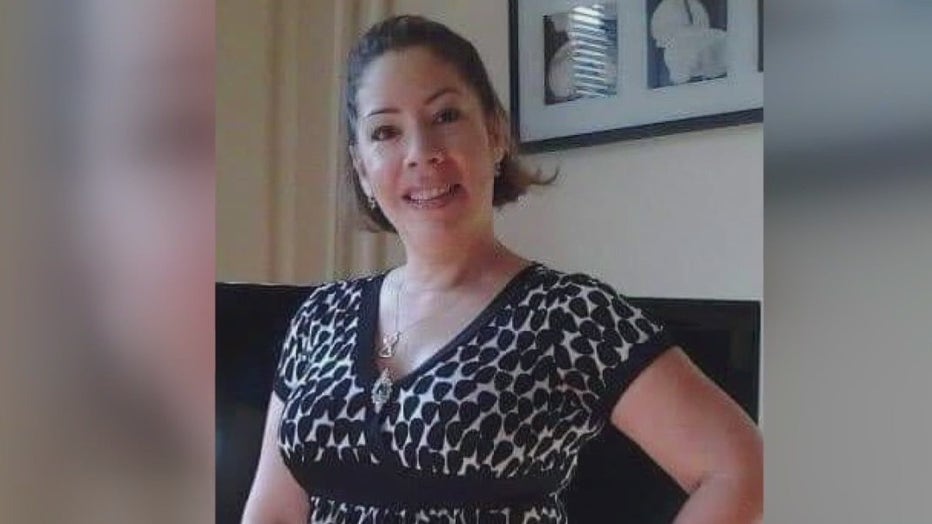 Adriano was arrested for that first incident on Nov. 1st and was released the next day on $25,000 bail. The warrant for the Halloween attack was approved on November 9th, but Adriano was never arrested on those charges.

On Jan. 12, Adriano plead guilty to the first PFA violation and walked out of the courtroom with six months probation, despite having an open warrant for the other PFA violation on Halloween.

"We don't know how that happened, we don't know why that warrant wasn't served," says Moran Jr. "That at was just one of the missed opportunities that they had."

Moran Jr. says the same day as the Jan. 12 court appearance, Gladys reported to police that Adriano was messaging her while she was on vacation in California over Christmas. Police say they went to the District Attorney for a third arrest warrant for that PFA violation on Jan. 14. The warrant sat for six days. On Jan. 20, the District Attorney's office followed up with police to ask for more information before approving the warrant. That same day, Gladys was shot and killed.

"She had paper trail of evidence of everything and they just failed her, they failed her," says Marcia Lavayen, Gladys' sister.

"Our office followed up with PPD to request additional information so we could proceed with approving the warrant," she said.

In a previous interview with Kranser back on Jan. 23, Krasner said, "It's just heartbreaking. I don't think it does any good to be pointing, but I will say when there is a warrant for someone's arrest which is out there since early November, it's just sad that the arrest is being achieved now, after this killing, instead of months ago"

Philadelphia police say they never had a good address for Adriano, however, Moran Jr. disputes that. He says Gladys gave it to investigators eight days before she died, along with a stack of papers documenting abuse over the past few months. Police did end up arresting Adriano at that address--after Gladys was murdered.

Moran Jr. says his mother was not living at home at the time of her death, but briefly stopped by to possibly feed her cats.

"She had done her job, she handed our criminal justice system a layup, just an easy way to go and capture this guy and to stop him from doing what he was doing, and they dropped the ball," he says. "How can other women look at this and feel protected, how can they feel safe?"

Philadelphia man charged with murder in shooting death of ex-wife

Police: Woman, 52, dies after being found shot inside SUV in Fox Chase