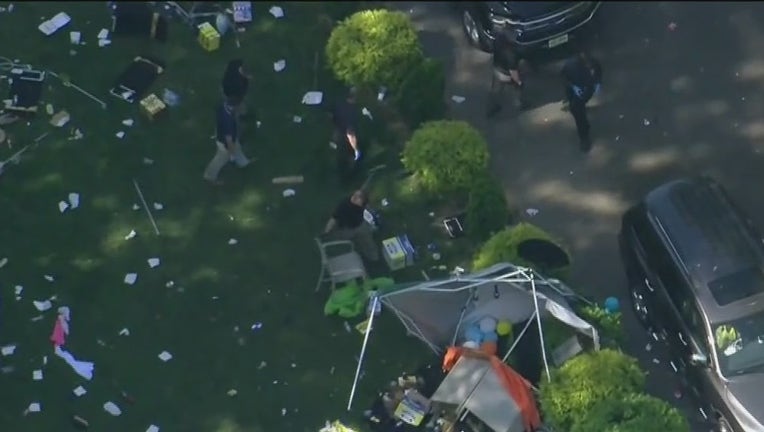 BRIDGETON, N.J. - A third arrest has been made following a mass shooting in Bridgeton last month.

Prosecutors announced that Larry McCrae, 39, of Glenn Park, Bridgeton, is charged with two counts of unlawful possession of a handgun, a second degree offense for two firearms that were recovered.

At this time, the investigation does not reveal that McCrae was a suspected shooter at the party where three people were killed and close to a dozen people were injured.  McCrae will be lodged in the Cumberland County Jail.

New Jersey State Police say troopers responded to a report of a shooting at a home at 1029 East Commerce Street in Fairfield Township, Cumberland County around 11:50 p.m. on Saturday, May 22.

Police announced last month they arrested Darrell Dawkins, 30, of Bridgeton, who was at the party when the shooting occurred. He has been charged with unlawful possession of a handgun.  The investigation at this time does not reveal that Dawkins is a suspected shooter at the party, according to police.