The president spoke to an enthusiastic audience in support of Rep. Jeff Van Drew, who recently abandoned the Democratic Party after breaking ranks over impeachment. Trump called Van Drew on stage, saying, "Jeff had the guts to defy the left-wing fanatics in his own party."

Vendors hawked all kinds of memorabilia, from red "Make America Great Again" hats to socks depicting the president, complete with a Trump-like tuft of hair sprouting at calf-height.

Bars and restaurants overflowed with patrons wearing hats with the president's signature slogan. Rally-goers, some arriving as early as the weekend, stood in a line that snaked through part of the town. The mood among supporters was one of camaraderie.

Duke, of Galloway Township, spent two nights outside waiting in line to guarantee a seat inside. He was the first in line after arriving Sunday afternoon.

"Everybody was cool—taking turns going to their cars and getting warm sharing food," he told FOX 29.

Trump endorsed the Democrat-turned-Republican during an Oval Office meeting on Dec. 19, when Van Drew formally announced he was leaving the Democratic Party after providing Trump with a symbolic victory in the prior day's impeachment vote.

Van Drew said at the time that he believed the GOP was a “better fit” and promised Trump his “undying support." Trump promised to return the favor and announced that he was endorsing Van Drew for reelection and labeled him “a tremendous asset for the party." 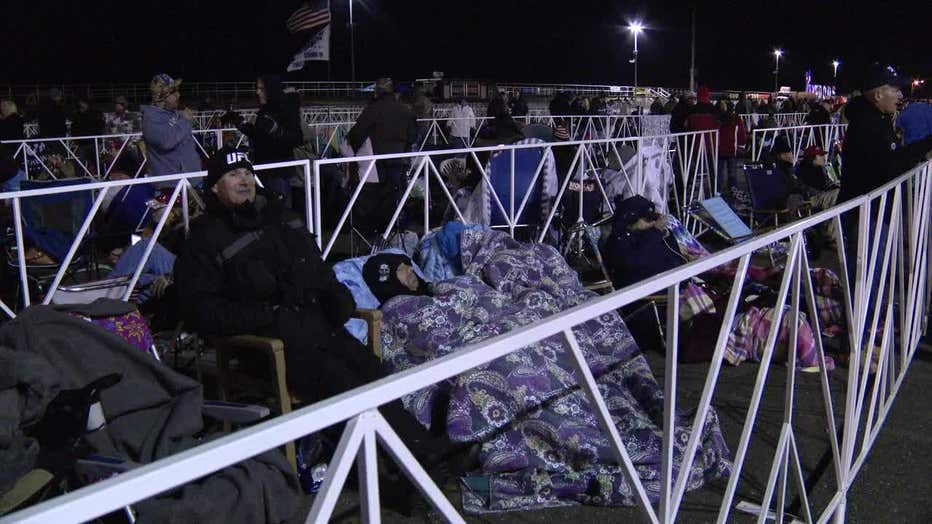