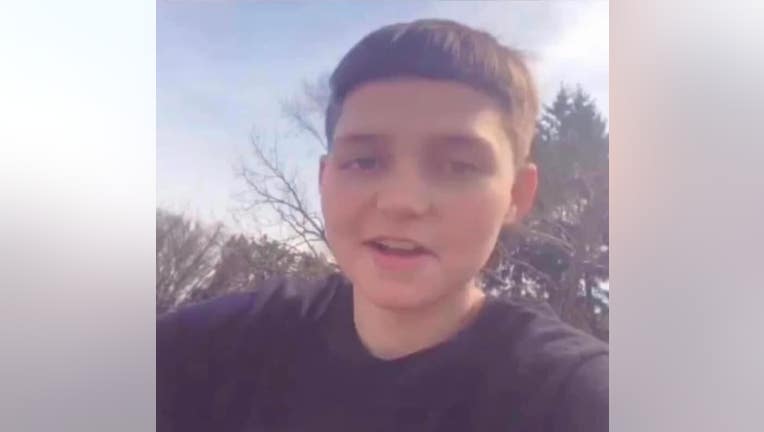 Thomas 'TJ" Siderio, 12, died Tuesday after he was shot by police. Police say the officers opened fire after their unmarked vehicle as struck by gunfire. (Photo provided by family)

PHILADELPHIA - The Philadelphia Police Department's Criminal Intelligence Unit says the names of the officers involved in the fatal shooting of a 12-year-old will not be released to the public due to threats made against them.

On Tuesday night, four officers assigned to the South Task Force were in an unmarked car in the area of 18th and Johnston Streets as part of an ongoing investigation., according to police.

Authorities say officers saw two males on the corner of 18th and Barbara Streets and as they approached with police lights flashing, the juvenile fired a gun at officers.

According to police, two officers got out of the car and fired their weapons at the juvenile, who they say was still in possession of a firearm.

The 12-year-old, who was identified as Thomas Siderio, was shot in the upper right side of his back, police say. He was transported to Presbyterian Hospital where he was pronounced dead.

Authorities say department policy requires the names of the officers to be withheld due to public safety concerns involving the officers and their families.

The names of the officers will not be released until after an investigation into the threats is complete, according to police.

"Although we are unable to release the names of the discharging officers at this time, I want to assure the public that we are continuing to carry out this investigation in a fair, thorough, and expeditious manner," Police Commissioner Danielle Outlaw said. "We understand the importance of transparency, and remained committed to providing as many details as possible without compromising the integrity of the investigation. We expect to provide an additional update in the near future."

Thomas Siderio, 12, was shot and killed by plainclothes Philadelphia police officers Tuesday night after police say an unmarked vehicle was hit by gunfire. Two officers returned fire, hitting him in the upper back and fatally wounding him.