A 69-year-old man has died after police say he was shot shortly after withdrawing money from an ATM in Germantown. A ‘large wad of cash’ was found near the victim laid inside the bank when police arrived, investigators say.

PHILADELPHIA - Authorities say a man was shot and killed shortly after he withdrew money from an ATM inside a bank Thursday night in Philadelphia's Germantown neighborhood.

Officers from the Philadelphia Police Department were called to the Citizens Bank on the 5700 block of Germantown Avenue just after 8 p.m. for reports of a shooting.

Chief Inspector Scott Small told reporters that James Watson, 69, had just got money from the ATM when he was approached by two men who demanded the cash.

During the confrontation, Small said Watson was shot at least two times in the torso. Police found the Watson dead inside the bank near a "large wad of cash." 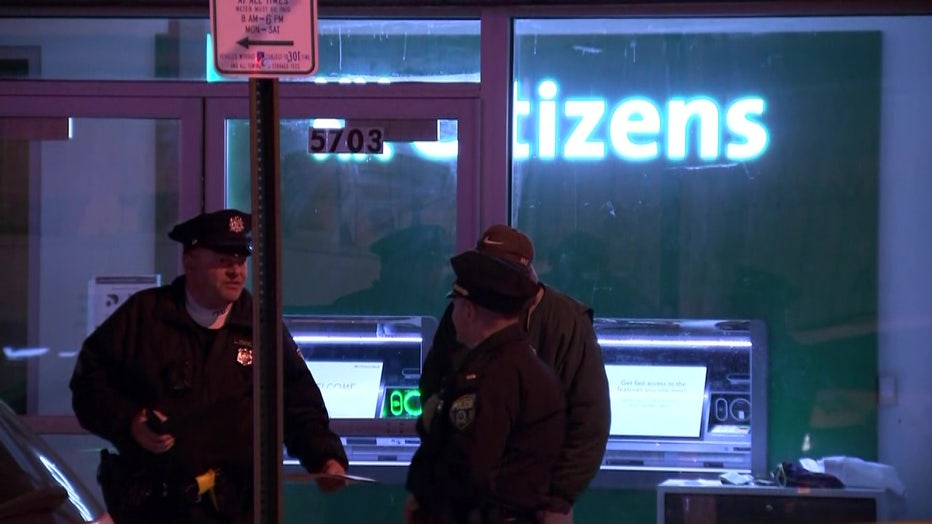 A 69-year-old man was shot and killed after he withdrew money from an ATM inside a bank, police say.

The suspects fled the bank on foot, according to police. One spent shell casing was found on the sidewalk near the door of the bank.

Small said investigators will use the cameras inside and around the bank to develop a description of the suspects.

A passing SEPTA bus may have also recorded part of the deadly robbery, Small said.