Officers shot and killed a juvenile after investigators said he opened fire on them as they were getting out of their unmarked car. An officer was taken to the hospital for glass in the eye and another teen was arrested.

Philadelphia Police Department Sergeant Eric Gripp told reporters that four plainclothes officers in an unmarked vehicle were patrolling near the 1700 block of Barbara Street around 7 p.m. when they spotted two juveniles on bikes.

According to investigators, officers noticed that one of the juveniles was armed with a handgun and turned on the emergency lights to confront him. As police were getting out of the car, Gripp said the armed juvenile, identified as Thomas Siderio, fired a shot at the passenger's side window and narrowly missed the officers.

Two officers returned fire and hit the suspect in the chest, according to police. He was rushed to Penn Presbyterian Hospital where he died. An officer was also brought to the hospital for broken glass in the eye.

Authorities say it was in stolen status and loaded with one round in the chamber and five rounds in the magazine. 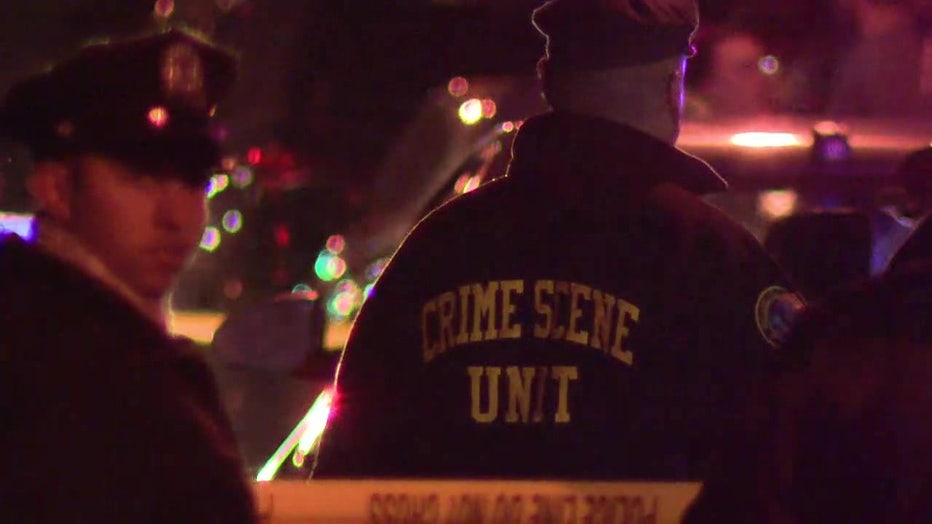 The second juvenile, who Gripp estimated to be around 17-years-old, was taken into custody.

"We're really lucky, we're really lucky, that we don't have an officer seriously injured or killed right now because the bullet went right through that window and embedded itself in the driver's side headrest," Gripp said.

Police say both officers fired multiple times, but the exact number was not yet known late Tuesday night. Both officers were placed on administrative duty pending the outcome of an investigation.