There was a very special celebration for a tortoise at a Pennsylvania zoo over&nbsp;the weekend.&nbsp;

ALLENWOOD, Pa. - There was a very special celebration for a tortoise at a Pennsylvania zoo over the weekend.

Henry the Tortoise turned 60 years old at Clyde Peeling's Reptiland. His birthday was celebrated with a homemade cake from one of the zookeepers made from fruit and veggies. 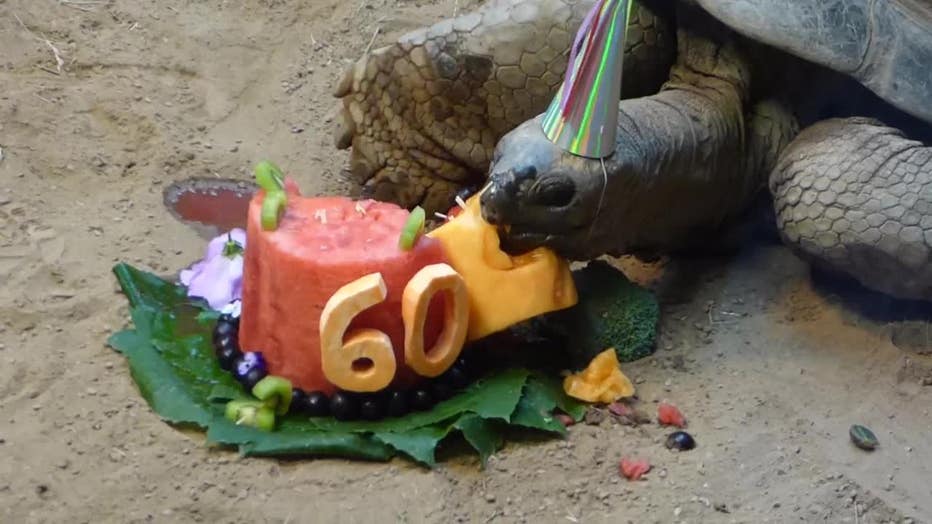 Henry reportedly celebrated his birthday alongside his best friend, Al -- another tortoise.

The Aldabra tortoise moved to the Pennsylvania-based zoo from the Jacksonville Zoo back in 2004.

"Although once considered an endangered species, recent accounts from Aldabra Island show an abundance of these tortoises with population estimates ranging from 33,000 to 100,000," according to the Clyde Peeling's Reptiland website.