FOX 29's Steve Keeley has more on the Tower Theater from Upper Darby.

PHILADELPHIA - The famous Tower Theater sign that once acted as a revered landmark at the Upper Darby venue has been removed due to public safety concerns Tuesday.

Crews were inspecting the sign and realized it was rusted beyond repair. The damage was so bad it needed to be taken down immediately before it fell over own its own, according to the theater's owner.

It's nearly century-long history it has hosted major musical acts like Bruce Springsteen and David Bowie. 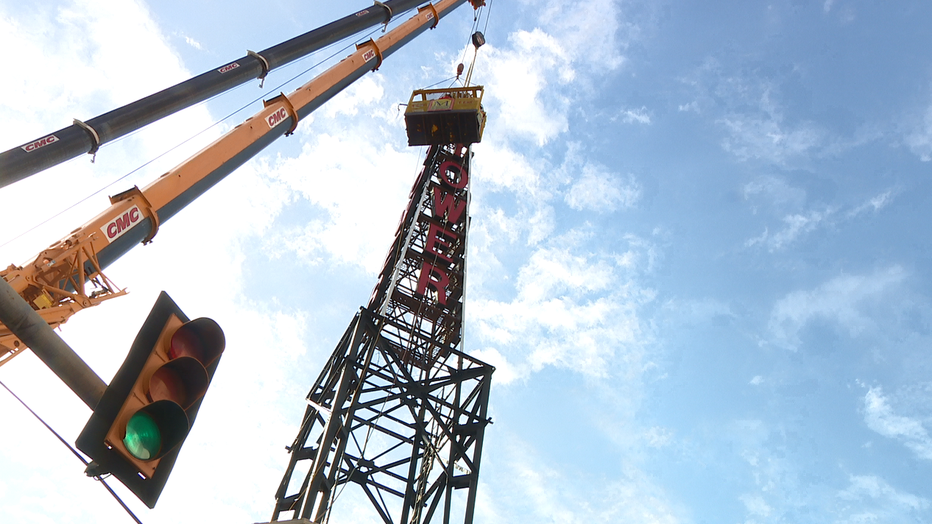 "Our photos won’t be the same without the tower on top of our Theater," wrote officials on the theater's Facebook page in a bid to get followers to share their photos of the now-removed sign.

Tower Theater has seen big name perform on its stage and garnered a reputation as one of "Philadelphia's most beautiful historic landmarks."

The sign will be completely removed by the end of the week.

In the meantime, the owner says they're looking into options to potentially refurbish and replace it.