A Philadelphia woman in recovery is warning others about the grave consequences of a popular street drug that nearly caused her to lose her arm.

PHILADELPHIA - A Philadelphia woman in recovery is warning others about the grave consequences of a popular street drug that nearly caused her to lose her arm.

‘Tranq Dope’ is a heroin or fentanyl-laced animal tranquilizer that Melanie Beddis said she found in the Kensington section of Philadelphia two years ago.

"I tried to avoid it as much as possible at first, but it definitely got to the point that it was just in everything," Beddis said.

Soon enough, the powerful drug began to take its toll on Beddis's body. She told FOX 29's Shawnette Wilson that a doctor told her that she could have lost her arm. 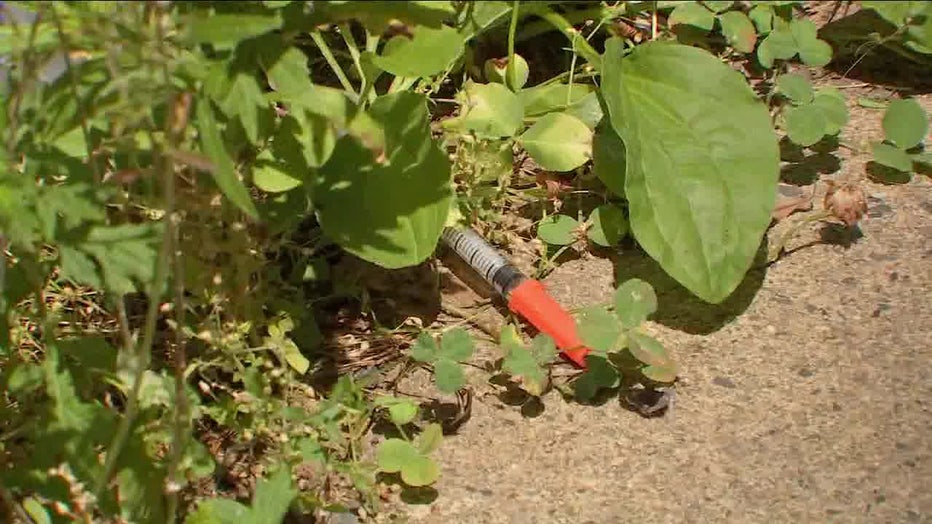 "It would just spread throughout my body," Beddis said. "Like I've had stuff from my legs, hands, places where I wouldn't normally shoot up."

Beddis is now nine months sober and recovering with the help of a non-profit called "Savage Sisters." Her body has healed from the abscesses, but others haven't been as lucky.

"The girl that I was locked up with lost one of her fingers because of it," Beddis said.

"Savage Sisters" owns five sober living homes in Philadelphia. It was started by Sarah Laurel who said she wanted to help others get clean.

"I really just wanted to offer a safe space for women to come when they wanted to get sober because I've been to treatment multiple times, multiple different unsafe spaces," Laurel said.

The organization does street outreach in Kensington, with help from nurses who do wound care from Tranq-Dope.

Laurel believes that people in Philadelphia who use drugs know about the Tranq Dope but outsiders who visit the city might be unfamiliar with its potency.

"In the state of Pennsylvania 7 out of 10 overdose deaths happen in a home. They're not happening on the streets of Kensington," Laurel said.