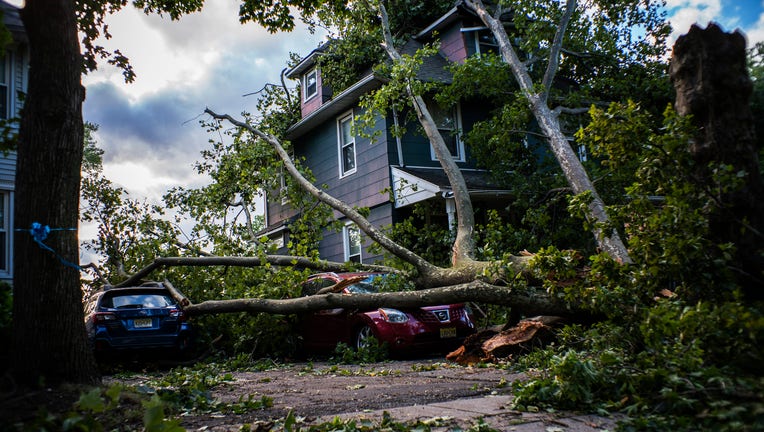 Cars and a house are shown damaged by a fallen tree after Tropical Storm Isaias and its treacherous winds and heavy rain passed through on August 4, 2020 in Bogota, New Jersey. Fallen trees and debris littered the streets across the area, leaving tho

WINDSOR, N.C. - At least nine people were killed as Tropical Storm Isaias battered the U.S. East Coast with rain and fierce winds after making landfall as a hurricane in North Carolina. Millions of people were without power on Wednesday after felled trees downed power lines.

The sound of generators and chainsaws punctuated the sunrise in New Jersey, where more than 1 million homes and businesses were without electricity. NJ Transit train service remained suspended while crews cleared about 150 trees and repair signals and overhead wires.

Regional rail service was also suspended in Philadelphia after Isaias raised the Schuylkill River and sent an unsecured construction barge into a bridge. Inspectors were checking for damage. Interstate 676, which crosses the bridge, was also closed in both directions. 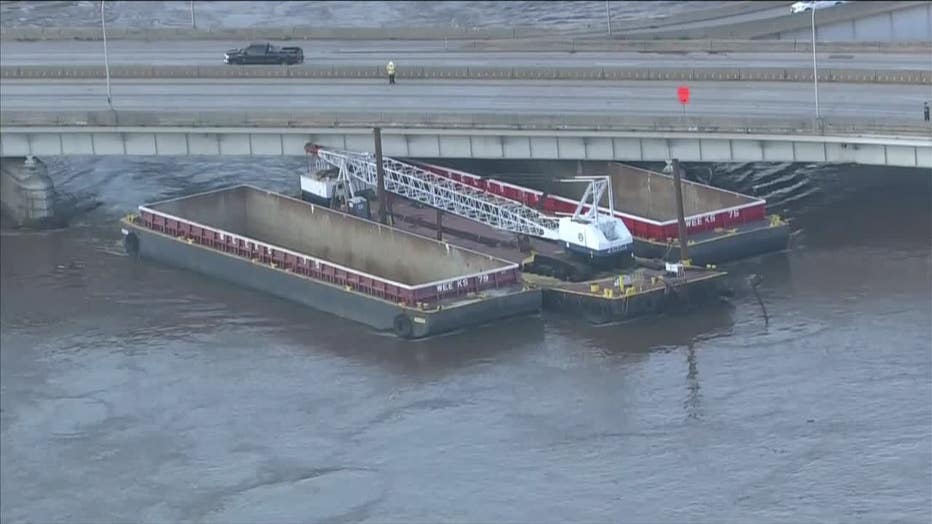 An unsecured barge became wedged under the I-676 bridge in Philadelphia, prompting road closures.

“This storm caused severe damage,” Foye said Wednesday. “Not since Superstorm Sandy has our system experienced this type of wind.”

Two people died when Isaias spun off a tornado that struck a North Carolina mobile home park. Another person died in Pennsylvania when their vehicle was overtaken by water and swept downstream. Three others were killed by falling trees toppled by the storm in Maryland, Connecticut and New York City, and a seventh person died in Delaware when a tree branch fell on them, authorities said. A woman was found dead inside a New Hampshire house Tuesday evening.

A 5-year-old girl had gone missing from her Montgomery County, Pennsylvania home during the height of the storm Tuesday and was found dead Wednesday. Authorities said they believed she was swept away by floodwaters in the creek behind her house. 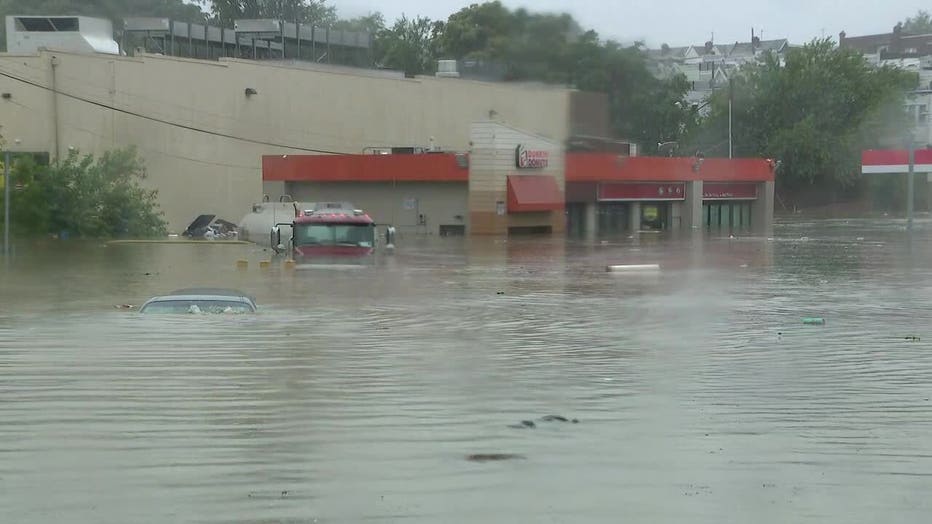 Vehicles were overtaken by flood waters in Upper Darby, Pennsylvania.

Isaias sustained top winds of up to 65 mph (105 kph) more than 18 hours after coming ashore, but it was down to 45 mph max winds as of late Tuesday, according to the National Hurricane Center.

Isaias toggled between hurricane and tropical storm strength as it churned toward the East Coast. Fueled by warm ocean waters, the storm got a late burst of strength as a rejuvenated hurricane with top sustained winds of 85 mph (136 km/h) before coming ashore late Monday near Ocean Isle Beach, North Carolina. Its tropical storm status was sustained, but weakened, as it headed north into Canada on Tuesday night.

Before making landfall late Monday, Isaias killed two people in the Caribbean and battered the Bahamas before brushing past Florida.

Tornadoes were confirmed by the National Weather Service in Virginia, Maryland, Delaware and New Jersey. Power outages also spread as trees fell, with more than 3.7 million customers losing electricity across multiple states as of late Tuesday, according to PowerOutage.US, which tracks utility reports. New York City’s power utility said it saw more outages from Isaias than from any storm except Superstorm Sandy in 2012.

In Doylestown, Pennsylvania, officials said four children were treated for minor injuries after high winds partially tore the roof off a day care center. Also in the Philadelphia suburbs, rescue workers in Delaware County were searching for a young person who fell or jumped into the fast-moving water of a swollen creek, but was later found safe. 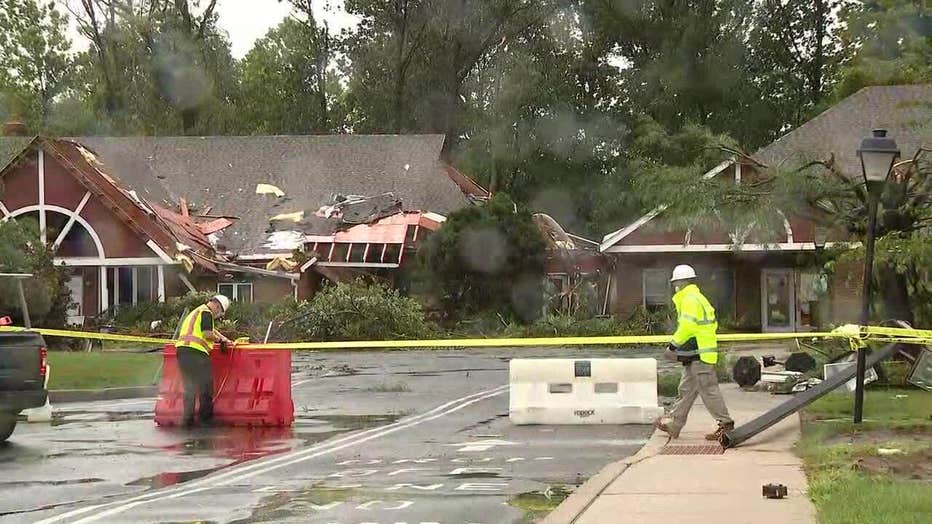 Intense winds blew the roof off of a daycare in Doylestown, Pennsylvania leaving four children with minor injuries.

Some of the worst damage seemed to be east and north of where the hurricane’s eye struck land in North Carolina.

“Fortunately, this storm was fast-moving and has already left our state,” Gov. Roy Cooper said Tuesday.