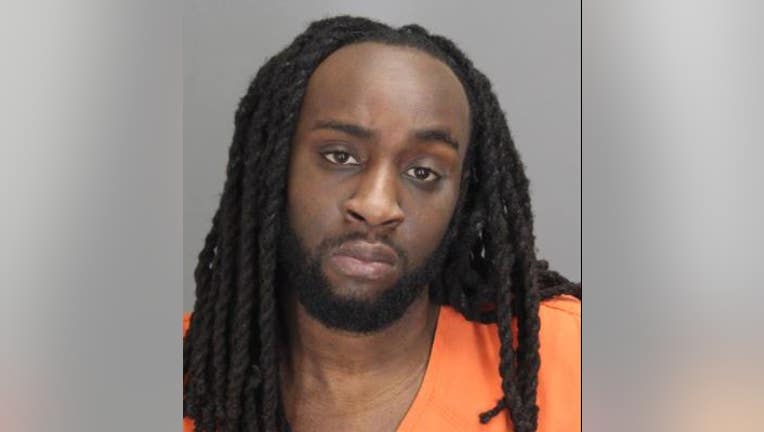 FOX 2 - A Troy man who allegedly shot and killed his mother while she drove them home from a Thanksgiving Eve family dinner was charged Monday with 12 felony charges related to the shooting.

The Oakland County Sheriff's Office says George Michael Harry II, 22, fired a single shot at point-blank range to his mother's head in their car with a 9 mm pistol. It happened near the Pleasant Ridge-Royal Oak border on northbound Woodward on Nov. 24. Investigators say he then fled the car and shot into traffic hitting three cars including wounding a woman driving by.

George Harry is being held without bond in the death of Sonya Harry, 52, of Southfield. George Harry was a passenger in the rear seat of the Ford Edge when he allegedly shot her, causing them to crash.

Harry was arraigned on 12 counts including murder and multiple counts of both assault with intent to murder and felony firearm charges.

WATCH: 22-year-old man arrested, accused of killing his mom on Woodward under 696

"It came to rest in the middle of Woodward Avenue under the Interstate 696 interchange. George Harry got out and fired shots randomly at three other passing vehicles, including one in which an infant was riding. The car was struck but no one in the infant’s vehicle was hit," according to a release from the sheriff's office.

The one innocent passerby who was wounded was a 43-year-old Ferndale woman hit in the leg. She was treated and released from Beaumont Royal Oak.

Investigators say a motive for the shooting "is not immediately known."

Harry is expected to be arraigned by video Tuesday on the murder charge, five counts of attempted murder, and six counts of using a firearm during the commission of a felony in 44th District Court.