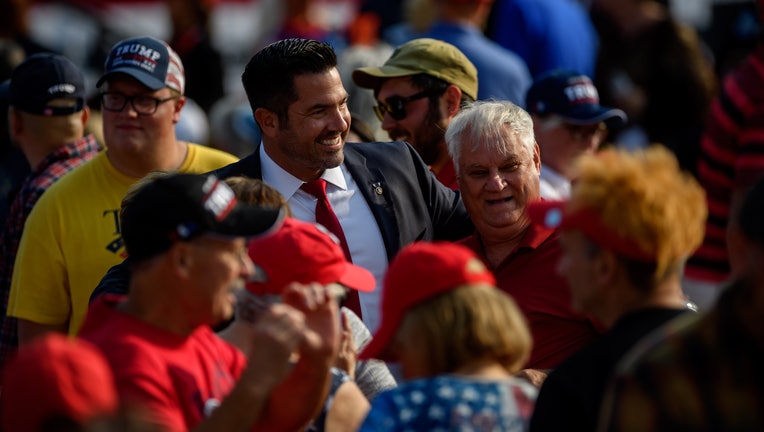 FOX NEWS - The Republican primary battle for an open GOP-held Senate seat in the crucial battleground state of Pennsylvania just got even more turbulent.

The day after Sean Parnell, the perceived front-runner in the race who enjoyed the backing of former President Donald Trump, suspended his campaign hours after he lost a bitter fight for custody of his three children to his estranged wife, a GOP strategist with ties to the Pennsylvania contest emphasized that the news "definitely shakes up the race. It gives a huge opening for someone to rise."

Parnell, in a statement Monday, stressed, "I strongly disagree with the ruling today and I'm devastated by the decision. I plan on asking the court to reconsider this decision."

During her testimony in the trial, Parnell’s estranged wife Laurie Snell accused him of physically and verbally abusing her and hitting two of their three children. Parnell vehemently denied the accusations.

"In the order, two of the leading factors that weighed heavily in the judge's decision revolved around me being a leading U.S. Senate candidate. There is nothing more important to me than my children, and while I plan to ask the court to reconsider, I can't continue with a Senate campaign. My focus right now is 100% on my children, and I want them to know I do not have any other priorities and will never stop fighting for them," Parnell emphasized.

Parnell was one of nearly a dozen Republican candidates running in the 2022 midterm elections to succeed retiring GOP Sen. Pat Toomey in a field that may soon gain more contenders. Seven Democrats are running for their party’s Senate nomination in Pennsylvania. The high-profile race could ultimately decide if the Democrats hold on to their razor-thin majority in the chamber.

"I think it was always a pretty open race and going forward it’s wide open," the GOP strategist, who asked remain anonymous to speak more clearly, told Fox News. "No one’s risen up but you’ve got certain campaigns that are strong, running good races and are clearly in it for the long haul. And there’s a whole host of candidates who are looking at running and everything points to it being very real for some of them."

The two Republicans in the current field who appear to be in the race for the long haul are Jeff Bartos, a real estate developer and longtime GOP fundraiser who was a 2018 candidate for lieutenant governor, and Carla Sands, a business executive and Republican donor who served as U.S. ambassador to Denmark during the Trump administration.

Parnell’s exit from the primary battle makes it increasingly likely that other high-profile GOP contenders will enter the race.

Trump, who was backing Parnell, made it clear on Monday that he’ll likely weigh in again in Pennsylvania’s Republican Senate primary.