Television therapist Dr. Laura Berman is demanding justice after her son died of an apparent overdose. The grieving family believes her son bought drugs from someone on Snapchat.

"I want justice to be done. I want this person to be found," says Dr. Berman.

She tells FOX 11, "What we could piece together from his friends, from the police and from the evidence so far is that he was experimenting with some sort of substance that they believe was laced with fentanyl because when I found him he was gone."

Television therapist Dr. Laura Berman is demanding justice after her son died of an apparent overdose. The grieving family believes her son bought drugs from someone on Snapchat.

Berman believes her 16-year-old son was the victim of a drug dealer on Snapchat who sold him a counterfeit prescription drug she describes as maybe Xanax laced with fentanyl, a synthetic opioid pain reliever.

Santa Monica police are early in their investigation.

Laura's husband Sam Chapman was last to talk with the teen after he screamed down from upstairs, "Dad... make me a cheeseburger which I did. Then I went upstairs and brought it to him. Told him I loved him. He was playing his computer games. He told me he loved me too. And, I went back downstairs not knowing it would be the worst day of my life."

Bill Bodner is the DEA Special agent In Charge in LA. He tells FOX 11, "We've seized over a million of these pills in the last 12 months."

Bodner says what may have happened to Sam Berman Chapman is allegedly happening to many other kids nationwide. Counterfeit pills pushed on social media made to look just like real Xanax or something else but usually are fentanyl and can be deadly.

He says, "It's something made in a filthy clandestine lab in Mexico. There’s no quality control. The dosing is extremely inconsistent. It only takes 2.5 mg of fentanyl to kill you."

DEA speaks with FOX 11 on crackdown against counterfeit pills

DEA Special Agent In Charge Bill Bodner says over the last 12 months, authorities have seized over a million pills similar to the drug that killed TV host Dr. Laura Berman's teenaged son. Bodner says what may have happened to Sam Berman is allegedly happening to many other kids nationwide.

Bodner says every day a team of cyber agents is looking for the bad guys online, but the U.S. market has been flooded by the Mexican drug cartels.

Meanwhile, Berman's heart is broken. She says, "I didn't intend to be this public about this, but in my state of helplessness and rage over our son, like many kids, targeted on Snapchat 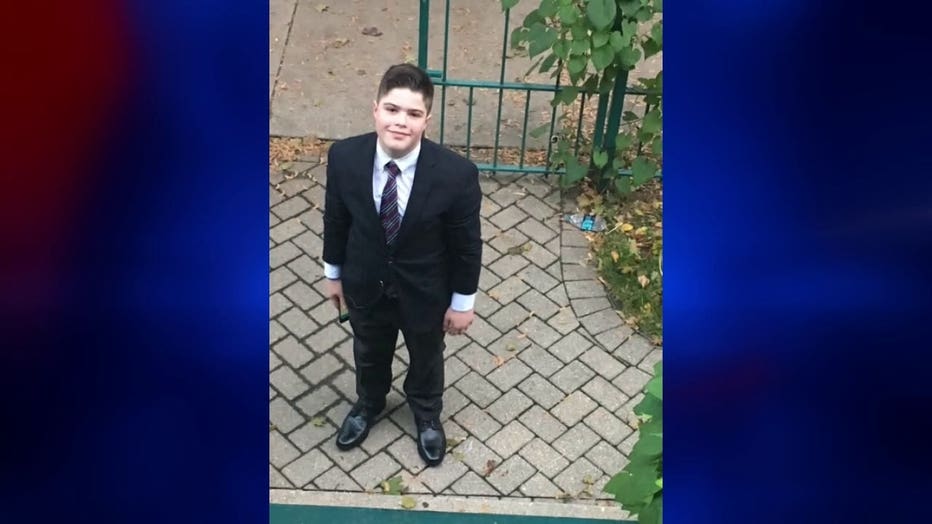 "Our deepest sympathies are with the family and friends of Samuel Berman Chapman and we are heartbroken by his passing.

We are committed to working together with law enforcement in this case and in all instances where Snapchat is used for illegal purposes. We have zero tolerance for using Snapchat to buy or sell illegal drugs. Using Snapchat for illegal purposes is firmly against our community guidelines and we enforce against these violations. We are constantly improving our technological capabilities to detect drug-related activity so that we can intervene proactively. If you witness illegal behavior on Snapchat, please use our in-app tools to report it quickly and confidentially, so we can take action.

We have no higher priority than keeping Snapchat a safe environment and we will continue to invest in protecting our community."

Berman says she used to like calling her son Sammy. Getting older he wanted her to call him Sam. She says, "He was funny. He was really smart and thoughtful and kind and wanted to live. Had a lot of plans."

Sam’s dad says, "I'll remember my son as a brilliant beautiful person who had a lot of ambition and dreams and alot of intellectual curiosity."